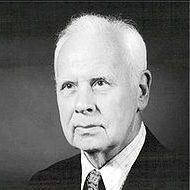 George Robert Stibitz was born on 20 April 1904, in York, Pennsylvania. Stibitz’s childhood was spent in Dayton, Ohio, where his father taught at a local college. Because of the interest in and aptitude for science and engineering that he had exhibited, Stibitz was enrolled at an experimental high school in Dayton established by Charles Kettering, inventor of the first automobile ignition system.

Stibitz enrolled at Denison University in Granville, Ohio. After earning hisbachelor’s degree there in 1926, he went on to Union College in Schenectady,New York, where he was awarded his M.S. degree in 1927. After graduating fromUnion, he worked as a technician at General Electric in Schenectady for oneyear before returning to Cornell University to begin his doctoral program. Stibitz received his Ph.D. in mathematical physics from Cornell in 1930. Stibitz’s first job after graduation was as a research mathematician at the Bell Telephone Laboratories in New York City.

In the fall of 1937 Stibitz made the discovery for which he is now best known, the use of relays for automated computing. A relay is a metallic device that can assume one of two positions — open or closed — when an electrical current passes through it. The relay acts as a kind of gate, therefore, that will control the flow of electrical current, and was a common device used to regulate telephone circuits.

In November 1937 Stibitz decided to see if relays could be used to perform simple mathematical functions. He borrowed a few of the metal devices from theBell stockroom, took them home, and assembled a simple computing system on his kitchen table. The system consisted of the relays, a dry cell, flashlight bulbs, and metal strips cut from a tobacco can. He soon had a device in whicha lighted bulb represented the binary digit “1” and an unlighted bulb, the binary digit “0.” The device was also able to use binary mathematics to add andsubtract decimal numbers. Stibitz’s colleagues later gave the name “K-Model”to this primitive computer because it was built on his kitchen table.

When Stibitz first demonstrated his K-model computer for company executives, they were not very impressed. Less than a year later, however, Bell executives had changed their minds about the Stibitz invention. An important factor in that decision was the increasing pressure on Bell to find a way of solving its increasingly complex mathematical problems. The company agreed to finance construction of a large experimental model of Stibitz’s invention. Construction on that machine began in April 1939, and the final product was first put into operation on 8 January 1940. Called the Complex Number Calculator (CNC),the machine had the capacity to add, subtract, multiply, and divide complex numbers — just the kinds of problems that were particularly troublesome for engineers at Bell.

Nine months later, Stibitz recorded another milestone in the history of computer science. At a meeting of the American Mathematical Society at Dartmouth College, he hooked up the new CNC in New York City with a telegraph system. Hethen sent problems from Dartmouth to the CNC in New York, which solved the problems and sent the answers back to Dartmouth by means of the telegraph. This type of data transmission has now become commonplace in a modern day society of modems and fax machines.

During World War II, Bell Labs permitted Stibitz to join the National DefenseResearch Council. There the demands of modern military artillery convinced Stibitz even more of the need for improved computer hardware, and he spent most of the war working on improved versions of the CNC, also known as the Model1. The Model 2 computer, for instance, used punched tapes to store programsthat would give the computer instructions; in this manner the computer couldperform the same complex calculations many times on different sets of numbers. This proved useful in calculating weapons trajectories.

At the end of World War II, Stibitz moved with his family to Vermont where he became a consultant in applied mathematics. After two decades, Stibitz was offered a job at Dartmouth’s Medical School, where he was asked to show how computers can be used to deal with biomedical problems. He accepted and was appointed professor of physiology; in that capacity he investigated the motion of oxygen in the lungs and the rate at which drugs and nutrients are spread throughout the body. In 1972 he retired from his position and was made professor emeritus; nevertheless, he continued to contribute his knowledge to the department. He died in his Hanover, New Hampshire, home on 31 January 1995. He was 90.