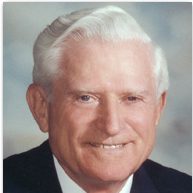 Gene Myron Amdahl (born November 16, 1922) is a Norwegian American computer architect and hi-tech entrepreneur, chiefly known for his work on mainframe computers at IBM and later his own companies, especially Amdahl Corporation. He is perhaps best known for formulating Amdahl’s law, which states a fundamental limitation of parallel computing.

At IBM, Amdahl worked on the IBM 704, the IBM 709, and then the Stretch project, the basis for the IBM 7030. He left IBM in December 1955 but returned in September 1960 (after working at Ramo Wooldridge and at Aeronutronic). On his return he worked on the System/360 family architecture and became an IBM Fellow in 1965, and head of the ACS Laboratory in Menlo Park, California. He left IBM again in September 1970, after his ideas for computer development were rejected, and set up Amdahl Corporation in Sunnyvale, Calif. with aid from Fujitsu.  He has also served as Chairman of Trilogy Systems, which developed high-performance computer systems based on wafer-scale integration technology.

He is a Fellow of the National Academy of Engineering and the IEEE and a Distinguished Fellow of the British Computer Society (1979). He received a B.S.E.P degree from South Dakota State University, and M.S. and Ph.D. degrees in theoretical physics from the University of Wisconsin.