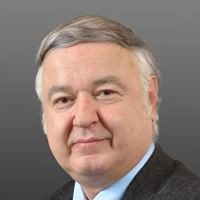 François Coallier is a professor and CIO at the École de technologie supérieure (ÉTS), one of Canada’s leading engineering schools, affiliated with the Université du Québec network.  He was the founding chair of ÉTS’s Department of Software and IT Engineering from its creation in 2004 until 2010.
He has nearly 22 years of industrial experience in one of Canada’s largest companies, where he held various engineering and managerial positions in engineering, quality engineering, IT procurement, IT infrastructure deployment, and operation and IT Enterprise Architecture Management.

Coallier has been continuously involved in software and systems engineering standards development since 1984, when he joined the group working on the first version of the IEEE Software Verification and Validation standards. He participated in the development of other IEEE software engineering standards before being appointed as Secretary of the Joint ISO and IEC subcommittee (ISO/IEC JTC 1) for Software and Systems Engineering Standards (SC7) in 1993. He then became the international chairman of this subcommittee in 1997, a position he still holds.

At its 2013–11 Plenary meeting, JTC 1 created a new Sub-Committee, SC40, titled IT Service Management and IT Governance. In the resolution creating SC40, it stated: “JTC 1 acknowledges the pioneering work of SC 7, which essentially acted as an incubator for SC 40. JTC 1 is looking forward to additional market oriented innovations from these two SCs.”

He was also the convener of the ISO/IEC JTC 1 Special Working Group for Technology Watch on international IT standardization from 2002 to 2007 and the Secretary of its Study Group on Web Services from 2002 to 2008, until it was subsumed in a new JTC 1 sub-committee, SC38.

Coallier has a BSc in biology from McGill University, a BEng in engineering physics, and an MASc and PhD in electrical engineering from Montréal’s École Polytechnique.

He is a Fellow of the American Association for the Advancement of Science (AAAS), a Senior Member of IEEE, and an IEEE Computer Society Golden Core Member.