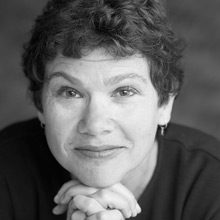 Francine Berman, vice president for research at Rensselaer Polytechnic Institute, is a pioneer in grid computing, a structure that lets companies or universities link many computational and other resources over a network to solve current health, environment and social problems.

Berman was named one of the 10 top women in Technology by Business Week in 2004, and one of the 15 national leaders in Science and Technology by Newsweek in 2006. In 2008, she was named a “Digital Preservation Pioneer” by the Library of Congress for her leadership and a vision that is “both grand and rooted in reality”. She has promoted computing as an enabling force for science and engineering and is a pioneer in the area of application-focused grid computing. She was also cited for her inspiring work as a teacher and mentor, and her service to the high-performance computing community.

In 2001, Berman became director of both the San Diego Supercomputer Center (SDSC) and the National Partnership for Advanced Computational Infrastructure (NPACI), a consortium of over 40 national and international partners, whose mission was to advance science by creating a comprehensive national computational infrastructure. Under her leadership, NPACI developed a national-scale grid and created an integrated package of software supporting large-scale domain applications, providing critical initial experience with technical organizational policy and applications for national-scale cyberinfrastructure.

Committed to ensuring that the science and technology draw from the best and the brightest in the largest possible pool, Berman is recognized as an outstanding role model and advocate for women to be part of the mainstream science and technology world. She was a founding member and a co-chair of CRA-W (the Computing Research Association’s Committee on the Status of Women in Computing Research) as well as the founding editor of the “Expanding the Pipeline” column in Computing Research News. She currently serves on the Anita Borg Institute for Women and Technology Board of Trustees.

2009 Ken Kennedy Award
“For her influential leadership in the design, development and deployment of national-scale cyber infrastructure, her-inspiring work as a teacher and mentor, and her exemplary service to the high performance community.”
Learn more about the Ken Kennedy Award