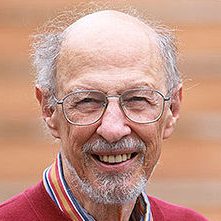 Dr. Fernando J. Corbató is a Professor Emeritus in the Department of Electrical Engineering and Computer Science at the Massachusetts Institute of Technology. He has achieved wide recognition for his pioneering work on the design and development of multiple-access computer systems. He was born July l, 1926 in Oakland, California and received his B.S. degree from the California Institute of Technology in 1950 and his Ph.D. from M.I.T. in 1956 in Physics. He was appointed Associate Professor in 1962, promoted to Professor in 1965, and was Associate Department Head for Computer Science and Engineering during 1974-78 and 1983-93.

He was associated with the M.I.T. Computation Center from its organization in 1956 until 1966. In 1963 he was a founding member of the Laboratory for Computer Science (formerly Project MAC), an M.I.T. Laboratory initially formed to study multiple-access computer systems and their exploitations.

An early version of the M.I.T. Compatible Time-Sharing System was first demonstrated in November, 1961, at the M.I.T. Computation Center. It evolved over the years and in the Fall of 1963 began daily operations at the Laboratory for Computer Science as well as at the M.I.T. Computation Center where it operated until July, 1973. The experience gained from the design, development and operation of the Compatible Time-Sharing System was exploited by Professor Corbató and his colleagues in further research and development of multiple- access systems. A new system, Multics (Multiplexed Information and Computing Service), became available for general use at M.I.T. in October 1969, and in 1973 became the basis of a commercial system offered by Honeywell Information Systems, Incorporated.

Professor Corbató has authored numerous papers and is the co-author of several books one of which The Compatible Time-Sharing System: A Programmer’s Guide described the use of the first large-scale M.I.T. time-sharing system.

In 1980, the American Federation of Information Processing Societies presented to Professor Corbató the Harry Goode Memorial Award for his pioneering efforts in the development of time-shared computer systems.

In 1982, Professor Corbató was a charter recipient of the Computer Pioneer Award which was established by the IEEE Computer Society to recognize and honor the vision of those people whose efforts resulted in the creation and continued vitality of the electronic computer industry.

In 1990, the Association for Computing Machinery presented him with the Alan M. Turing Award, “for his pioneering work in organizing the concepts and leading the development of the general-purpose, large-scale, time-sharing and resource-sharing computer systems, CTSS and Multics.”

In 1998, he received a Computers & Communication (C&C) Prize from the NEC Corporation Foundation for C&C Promotion “for his groundbreaking work in establishing the basic concepts of modern operating systems.”

1980 Harry Goode Memorial Award
“In recognition of his contributions to and pioneering efforts in the development of time-shared computer systems, for his tireless efforts in providing direction for the entire time-sharing concept, for his leadership in the development of the Multics operating system which embodies seminal concepts such as a hierarchical file system, paging, segmentation and advanced security and protection mechanisms.”
Learn more about the Harry Goode Memorial Award