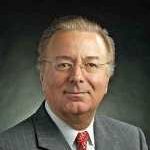 In 1970 Faggin joined Intel Corporation, Santa Clara, California, where he led the design and development of the world’s first microprocessor, the 4004, and three other companion integrated circuits. While at Intel, Faggin also conceived, architected and supervised the design of the first high performance 8-bit microprocessor, the 8080, introduced in early 1974. As Department Manager in R&D, Faggin led the development of more than 25 integrated circuits, including the 2102A, the first high-speed, 5-Volt, 1024-bit static RAM (1974).

In 1982 Faggin co-founded Cygnet Technologies, Inc., in Sunnyvale, California, and was its President and CEO until 1986. At Cygnet, Faggin conceived the Communication CoSystem, and intelligent voice and data peripheral for the personal computer. In 1986 Faggin co-founded Synaptics, Inc., San Jose, California, where he is currently its President and CEO. Synaptics is dedicated to the creating of human interface products and technology based on sensory pattern recognition; touch, sound and sight. Synaptics uses neutral systems and mixed-signal VLSI to make computers adapt to people, instead of people having to adapt to the rigid ways of computers.

Faggin is the recipient of the 1988 International Marconi Fellowship Award for his contributions to the birth of the microprocessor. In 1988, Faggin also received the Gold Medal for Science and technology from the Primer Minister of Italy.