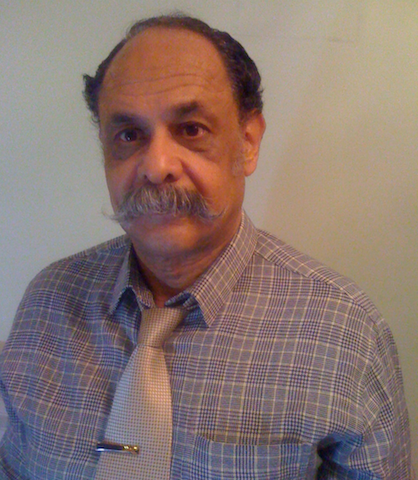 Dr. Hossam M.A. Fahmy is a Professor of Computer Engineering, served as Chair of the Computer Engineering Systems Department, Faculty of Engineering, Ain Shams University, Cairo, Egypt from 2006-2008, and from 2010-2012. He participates in many academic activities in Egypt and abroad. Prof. Fahmy is recipient of Ain Shams University Appreciation Award in Engineering Sciences. He has published and refereed extensively in Springer, Elsevier and IEEE journals and in several refereed international conferences. His teaching and research areas are focused on Computer Networks, MANETs, WSNs, VANETs, Fault Tolerance, Software and Web Engineering. He authored “Wireless Sensor Networks: Concepts, Applications, Experimentation and Analysis” book published by Springer, first edition 2016, second edition 2021, and “Wireless Sensor Networks: Energy Harvesting and Management Techniques for Research and Industry”, book published by Springer, 2020.

Professor Fahmy founded and chaired the IEEE International Conference on Computer Engineering and Systems (ICCES) from 2006-2008, and from 2010 -2013. He is a Senior IEEE member, IEEE Region 8 Distinguished Visitor (2013-2015) and (2015-2018), Chair of the Distinguished Visitor Committee of the IEEE Computer Society. He speaks Arabic, French and English.

WSNs are acquiring snowballing interests in research and industry; they are infiltrating in day-to-day use. Owing to their requirement of low device complexity as well as slight energy consumption, proper standards are devised to ensure impeccable communication and meaningful sensing. This talk takes care of enlightening the special features of WSNs and differentiates WSNs from MANETs and mesh networks. Care is also accorded to the different WSNs standards that adapt to home and industry applications.

Testbeds are representative of WSNs, they support the diversity of their hardware and software constituents, they are deployed in the same conditions and would be environment, they make use of the protocols to be used at a larger scale. Testbeds are intended to safeguard would be implemented WSNs from malfunctions that may not be seen in theoretical simulations. Malfunctions may be in inconvenient hardware, buggy software, and deployment prone to energy depletion and radio interferences. By momentarily tolerating faults, that cannot be accepted in everyday actual WSNs, testbeds find the curing solutions. In the literature many testbeds are reported, not all are typically implemented, not all are available now. Pioneering testbeds, as fully illustrated, continue to offer models in concepts, implementation, and applications. Some of the testbeds are built for general use, while others are meant for typical applications such as visual surveillance. Based on the researchers and practitioners’ interests, testbeds can be classified under several categories. Testbeds and simulators are complementary; ideally getting benefits from both of them is the best option.

This talk lays out testbeds concepts, categorization, and intended use.

A major limitation of untethered nodes is finite battery capacity as nodes operate only as long as the battery lasts. Energy harvesting is an alternative technique that has been applied to address the problem of limited node lifetime. If the harvested energy source is large and periodically or continuously available, a sensor node can be powered almost perpetually.

Consequently, energy-harvesting techniques have the potential to address the tradeoff between performance parameters and lifetime of sensor nodes. The challenge lies in estimating the periodicity and magnitude of the harvestable source and deciding which parameters to tune and simultaneously avoid premature energy depletion before the next recharge cycle.