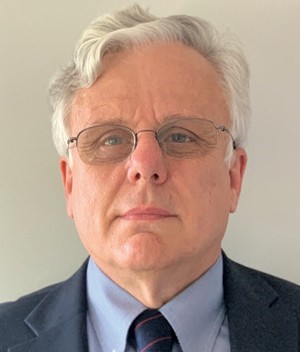 Currently, Dr. Lombardi is the Editor-in-Chief of two IEEE Transactions (IEEE Transactions on Emerging Topics in Computing and the IEEE Transactions on Nanotechnology). He is an elected two-term member of the Board of Governors of the IEEE Computer Society (2012-2017); he is also a member of the Executive Board of the IEEE Nanotechnology Council and the Future Directions Committee of the IEEE. He has been appointed on many Executive Boards of many non-profit organizations, such as the Computing-in-the-Core (now code.org) the non-partisan advocacy coalition for K-12 Computer Science education.

Dr. Lombardi was a two 2-year term Editor-in-Chief (2007-2010), Associate Editor-in-Chief (2000-2006) and Associate Editor (1996-2000) of the IEEE Transactions on Computers. Moreover, he has been a member of the Editorial Boards of the ACM Journal of Emerging Technologies in Computing Systems, the IEEE Design & Test Magazine and IEEE Transactions on CAD of ICAS. Dr. Lombardi has been twice a Distinguished Visitor of the IEEE Computer Society (1990-1993 and 2001-2004). He serves as Chair of the Committee on ”Nanotechnology Devices and Systems” of the Test Technology Technical Council of the IEEE.

Dr. Lombardi is a Fellow of the IEEE for ”contributions to testing and fault tolerance of digital systems”. He was the recipient of the 2011 Meritorious Service Award and elevated to Golden Core membership in the same year by the IEEE Computer Society. He has received many professional awards: the Visiting Fellowship at the British Columbia Advanced System Institute, University of Victoria, Canada (1988), twice the Texas Experimental Engineering Station Research Fellow-ship (1991-1992, 1997-1998) the Halliburton Professorship (1995), the Outstanding Engineering Research Award at Northeastern University (2004) and an International Research Award from the Ministry of Science and Education of Japan (1993-1999). Dr. Lombardi was the recipient of the 1985/86 Research Initiation Award from the IEEE/Engineering Foundation and a Silver Quill Award from Motorola-Austin (1996). One of his papers was selected for the best paper award at the IEEE DFT07 Symposium.

Dr. Lombardi has been involved in organizing many international symposia, conferences and workshops sponsored by professional organizations as well as guest editor of Special Issues in archival journals and magazines such as IEEE Transactions on Computers, IEEE Transactions on Instrumentation and Measurement, IEEE Transactions on VLSI, the IEEE Micro Magazine and the IEEE Design & Test Magazine. His research interests are emerging technologies, bio/nano-inspired computing, VLSI design, memory circuits/architectures and fault/defect tolerance of digital systems. He has extensively published in these areas and coauthored/edited ten books.

2020 Vice President, Publications
2015-2017 Board of Governors
Learn more about volunteering