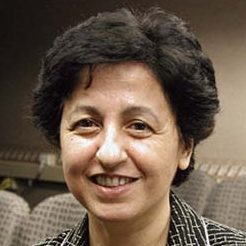 Elisa Bertino is professor of database systems in the Department of Computer Science and Communication of the University of Milan where she is currently the chair of the Department and the director of the DB&SEC laboratory. She has been a visiting researcher at the IBM Research Laboratory (now Almaden) in San Jose, at the Microelectronics and Computer Technology Corporation, at Rutgers University, at Purdue University, at Telcordia Technologies. She is currently a member of Microsoft Corp. Trustworthy Computing Academic Advisory Board.

Her main research interests include security, privacy, database systems, object-oriented technology, multimedia systems. In those areas, Prof. Bertino has published more than 200 papers in all major refereed journals, and in proceedings of international conferences and symposia. She is a co-author of the books “Object-Oriented Database Systems – Concepts and Architectures” 1993 (Addison-Wesley International Publ.), “Indexing Techniques for Advanced Database Systems” 1997 (Kluwer Academic Publishers), and “Intelligent Database Systems” 2001 (Addison-Wesley International Publ.). She is a co-editor in chief of the Very Large Database Systems (VLDB) Journal and a member of the advisory board of the IEEE Transactions on Knowledge and Data Engineering. She serves also on the editorial boards of several scientific journals, including IEEE Internet Computing, ACM Transactions on Information and System Security, Acta Informatica, the Parallel and Distributed Database Journal, the Journal of Computer Security, Data & Knowledge Engineering, and the International Journal of Cooperative Information Systems, Science of Computer Programming. She has been consultant to several Italian companies on data management systems and applications and has given several courses to industries. She is involved in several projects sponsored by the EU.