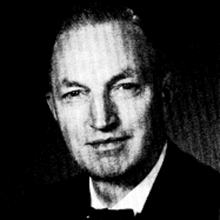 Edwin L. Harder was born on 28 April 1905, in Buffalo, NY, His father, one of the first generation of college-educated electrical engineers. superintended the distribution substations of the Cataract Power and Conduit Company in Buffalo, later part of Buffalo General Electric. Harder was a good student in secondary school and matriculated at Cornell University on full scholarship. Following in his father’s footsteps, he majored in electrical engineering. Various honors at Cornell led, upon graduation in 1926, to employment with Westinghouse Corporation in East Pittsburgh, PA, where he believed he would have the best opportunity to choose his career path.

Harder was one of about 300 new engineers hired by Westinghouse that year, several of whom had been his classmates at Cornell. All new engineering hires attended a year of in-house training, including both apprenticeship in the laboratories and a rigorous three-month engineering school. Harder’s mathematical training at Cornell helped to set him apart from the other new recruits. In one of the in-house courses, he caught the attention of one of his instructors by being able to mathematically derive the equations of traveling waves on transmission lines. This helped him to secure a position in the General Engineering Department. which worked on systems problems, mainly consulting for customers with difficult technical problems that occurred in the application of electrical equipment to their systems.

All General Engineering employees began by working for two years in one of the design engineering departments to learn about some particular kind of equipment manufactured by the company. Harder was assigned to the electrical development section of the Power Engineering Department, which built large rotating equipment. His section head was totally immersed in a problem relating to air flow and ventilation of machines. and this is what Harder was assigned to work on. The experience was no doubt narrower than the company intended, but it taught Harder about dimensional analysis in models, which he later put to good use in his computing work. 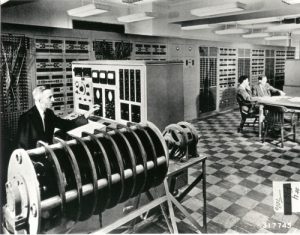