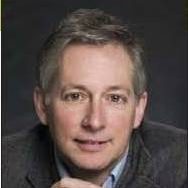 Edward Seidel is a physicist recognized worldwide for his work on numerical relativity and black holes, as well as in high-performance and grid computing. In 2003, Louisiana State University recruited Seidel to lead its investment in the Governor’s Information Technology Initiative, and he became director of LSU’s newly formed Center for Computation & Technology (CCT). CCT has state-pledged funding of more than $9M a year to invest in computation-and technology-related activities at LSU that support higher education, research, and economic development in Louisiana. CCT’s mission is to advance computational sciences and cutting-edge technology while promoting innovative collaborations between academia and industry. Dr. Seidel is the Floating Point Systems Professor in LSU’s Departments of Physics & Astronomy and Computer Science. He earned his Ph.D. from Yale University in relativistic astrophysics. As a professor at the Max-Planck-Institut fur Gravitationsphysik (Albert-Einstein-Institute, or AEI) in Germany from 1996-2003, Dr. Seidel founded and led AEI’s numerical relativity and e-science groups, which became leading forces worldwide in solving Einstein’s equations using large-scale computers, and in distributed and Grid computing. He still maintains a strong affiliation with AEI. LSU and the AEI numerical relativity and computational science groups still work very closely together.

He has been a leader of several very large international projects in both astrophysics and Grid computing, involving more than a dozen European and American institutions. In addition to leading the CCT, he helped initiate, and is presently the chief scientist for, the $40M Louisiana Optical Network Initiatives (LONI), a 40 Gigabit optical research network that will also deploy fi ve IBM P5 systems to Louisiana universities and medical schools by summer 2006. He was previously a senior research scientist at the National Center for Supercomputing Applications and associate professor in the Physics Department at the University of Illinois. Dr. Seidel is a recipient of the 1998 Heinz-Billing-Preis of the Max-Planck-Gesellschaft; a recipient of the 2001 Gordon Bell Prize; and winner of various HPC Challenge awards at SC98, SC01, and SC02. In 2004, Dr. Seidel was named the Rising Star of the Year at the Governor’s Technology Awards in Louisiana. He has been the PI or Co-PI on large grants in Physics and Computational Science from NSF, DOE, NASA, the German DFN-Verein, and the European Commission, where he led the EU Astrophysics Network and was a leader in the EU GridLab project. He is the co-chair emeritus of the Applications Research Group in the Global Grid Forum. He is the author or co-author of more than 150 publications and serves on numerous national and international committees and advisory boards.

2006 Sidney Fernbach Award
“For outstanding contributions to the development of software for HPC and Grid computing to enable the collaborative numerical investigation of complex problems in physics; in particular, modeling black hole collisions.”
Learn more about the Sidney Fernbach Award