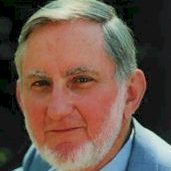 He founded the Stanford Digital Systems Laboratory (now the Computer Systems Laboratory) in 1969 and the Stanford Computer Engineering Program (now the Computer Science MS Degree Program) in 1970. The Stanford Computer Forum (an Industrial Affiliates Program) was started by Dr. McCluskey and two colleagues in 1970 and he was its Director until 1978. Prof. McCluskey led the Reliability and Testing Symposium (RATS). He mentored more than 70 PhD students and has an expanding family of academic “grandchildren.”

2008 Computer Pioneer Award
“For seminal contributions to the design and synthesis of digital systems over five decades, including the first algorithm for logic synthesis (the Quine-McCluskey method).”
Learn more about the Pioneer Award