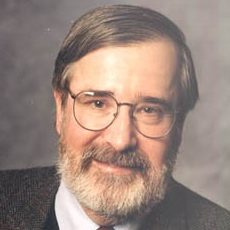 Dr. Clarke’s interests include software and hardware verification and automatic theorem proving. In his Ph.D. thesis he proved that certain programming language control structures did not have good Hoare style proof systems. In 1981 he and his Ph.D. student Allen Emerson first proposed the use of Model Checking as a verification technique for finite state concurrent systems. His research group pioneered the use of Model Checking for hardware verification. Symbolic Model Checking using BDDs was also developed by his group. This important technique was the subject of Kenneth McMillan’s Ph.D. thesis, which received an ACM Doctoral Dissertation Award. In addition, his research group developed the fi rst parallel resolution theorem prover (Parthenon) and the first theorem prover to be based on a symbolic computation system (Analytica).

Dr. Clarke has served on the editorial boards of Distributed Computing and Logic and Computation and is currently on the editorial board of IEEE Transactions in Software Engineering. He is editor-in-chief of Formal Methods in Systems Design. He is on the steering committees of two international conferences, Logic in Computer Science and Computer-Aided Verification.  He was a co-winner along with Randy Bryant, Allen Emerson, and Kenneth McMillan of the ACM Kanellakis Award in 1999 for the development of Symbolic Model Checking. For this work he also received a Technical Excellence Award from the Semiconductor Research Corporation in 1995 and an Allen Newell Award for Excellence in Research from the Carnegie Mellon Computer Science Department in 1999. Dr. Clarke is a Fellow of the Association for Computing Machinery, a member of the IEEE Computer Society, Sigma Xi, and Phi Beta Kappa.