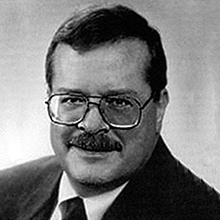 Duncan H. Lawrie is a professor emeritus at the University of Illinois at Urbana-Champaign. He joined the university in 1990, and served as the head of the Computer Science Department from 1990–1996. He was cited for excellence in teaching numerous times while teaching courses in software, machine design and computer architecture. Until his retirement in 1998, he chaired the University of Illinois Information Technology Sector and served on the executive committee of the Digital Library Projects, as well as committees too numerous to endure.

He has contributed to the design of several supercomputers including the Illiac IV where he designed and implemented the first high-level language for that machine, and the Burroughs Scientific Processor where he invented the array memory system (with C. R. Vora, the ICPP Most Original Paper Award, 1980.) He has published extensively on the subject of design and evaluation of computer architecture, especially in the areas of networks for tightly coupled multiprocessors, virtual memory performance, and the use of mass file storage devices.

Lawrie has served on a number of policy committees including a panel to design a five-year plan for Applied Mathematical Sciences (DOE), a committee on alternative technologies for Class VI computing (NSF), a committee on supercomputer performance evaluation (National Research Council) and a committee chartered by the Federal Coordinating Council on Science and Engineering Technology which made recommendations for national policies pertaining to computing technology and contributed to the recommendations on supercomputing and networking issued by OSTP. He was a member of the Committee on Scientific Supercomputing — a standing committee under the Institute of Electrical and Electronics Engineers (IEEE) U.S. Activities Board. He served on and chaired the Science Advisory Committee of the Institute for Defense Analyses’ Supercomputing Research Center.

He was an editor of the Computer Architecture and Systems Department of the Communications of the ACM and editor-in-chief of the IEEE Transactions on Parallel and Distributed Systems. He held many positions in the Computer Society, the world’s largest (100,000 members) and oldest society for computing professionals, and was elected President of the Society. He was also elected to the Board of Directors of the Computer Research Association.

He holds a PhD in Computer Science from the University of Illinois, and is a graduate of the UI Police Training Institute (PTI), and served on the PTI Training Advisory Board. He was active in the UIUC Faculty-Staff Firearms Safety Program.

Dr. Lawrie was selected as an Outstanding Electrical Engineer by Purdue University (1996). He is a member of the ACM and Life Fellow of the IEEE, and is an NRA Certified Instructor and Chief Range Safety Officer. He holds an FCC Amateur Extra License and is an FCC/ARRL Volunteer Examiner. He holds a TS-SCI clearance. He is now living in Pagosa Springs, Colorado.