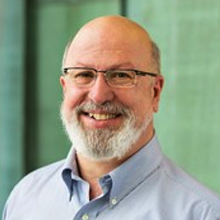 David Padua is the Donald Biggar Willet Professor of Engineering in the University of Illinois at Urbana‐Champaign. He has served as program committee member, program chair, or general chair to more than 70 conferences and workshops. He was the Editor-in-Chief of Springer‐Verlag’s Encyclopedia of Parallel Computing and is now member of the editorial boards of IEEE Transactions of Parallel and Distributed Systems, the Journal of Parallel and Distributed Computing, and the International Journal of Parallel Programming.

He has devoted much of his career to the study of languages, tools, and compilers for parallel computing. His PhD dissertation was one of the first studies on compiler techniques for multiprocessors. He has continued this work contributing with techniques for program analysis and program transformation as well as methodologies to evaluate the effectiveness of compilers. He pioneered the study of race detection techniques. In the recent past, Padua has worked on autotuning, high level notations for parallel programming, compiler evaluation, and the efficient implementation of scripting languages. In the area of autotuning, he has worked on the development of compiler strategies, advanced notations, accurate performance models, and machine learning‐based search techniques. He led the development of the hierarchically tiled arrays notation whose goal is to facilitate the representation of parallelism and locality. He and his students collaborated with IBM compiler writers in an influential evaluation of the effectiveness of vectorization. In the area of scripting languages, he developed techniques to improve the performance of MATLAB and R programs.

Padua has supervised the dissertations of 30 PhD students. He has published more than 170 papers in programming languages, compilers, tools and parallel machine design. He is a Fellow of the ACM and the IEEE.