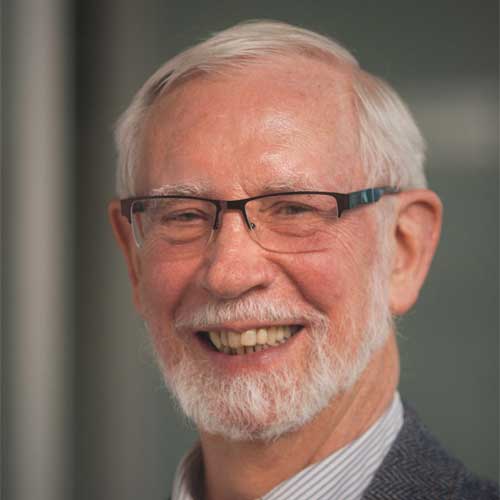 David Lomet founded (1995) and managed the Database Group at Microsoft Research Redmond. He previously has worked at DEC (Cambridge Lab and Rdb database group), Wang Institute, and IBM (Yorktown Lab and Federal Systems). His career spans industrial research, academia, and product development. He received a PhD in computer science from the University of Pennsylvania.

Lomet has worked in architecture, languages, and systems. His primary focus is database systems. He is an inventor of transactions while on sabbatical at Newcastle-on-Tyne. He has authored over 120 papers (http://dblp .uni-trier.de/pers/hd/l/Lomet:DavidB=) with two SIGMOD best papers, and he holds 60 patents. His technical focus is on indexing, concurrency control, and recovery. His recent Deuteronomy project technology includes the Bw-tree, used in SQL Server’s Hekaton main memory DBMS  and both Bw-tree and the LLAMA log structured store used in DocumentDB [now Azure Cosmos DB]. Deuteronomy won Microsoft Redmond Lab’s 2017 Outstanding Research Project Award.

In 2017, Lomet was 1st Vice President, Treasurer, and he served on the IEEE Computer Society Board of Governors (2015–2016). Other Computer Society service includes the T&C Board, where he initiated and helped lead the effort to share conference surpluses among TCs, conferences, and Computer Society. He served as program committee co-chair for IEEE ICDE and VLDB, and as ICDE conference co-chair. He was chair of the Technical Committee on Data Engineering and a member of the ICDE steering committee. He received the Computer Society’s Outstanding Contribution Award and SIGMOD’s Contributions Award for his service as editor in chief of the IEEE Data Engineering Bulletin (http://tab.computer.org/tcde/bull_about.html) for 25 years. He has served as VLDB program committee co-chair, member of the VLDB board, and an editor of ACM TODS, VLDB Journal, and DAPD Journal. He is an IEEE Computer Society Golden Core Member and a Fellow of IEEE, ACM, and AAAS.