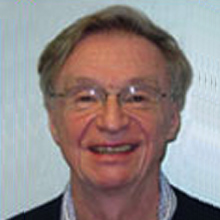 David Kuck is one of the most influential figures in parallel computing, especially in productivity tools for parallel programming. Over the past four decades, he influenced a wide range of areas including architecture design and evaluation, compiler technology, programming languages, and algorithms. His influence has been both theoretical and practical. At University of Illinois, Urbana-Champaign (UIUC), he created the Computational Sciences program, which initiated a new and unique research focus that has contributed significantly to UIUC’s multidisciplinary excellence. The Center for Supercomputing Research and Development (CSRD) at UIUC, which he created, was extraordinarily influential in developing parallel computing technology (from hardware to algorithms) in the era of vectorization and SMPs.

As founder and Director of Kuck and Associates (KAI) and later as an Intel Fellow, Kuck’s work subsequently influenced industry. Every compiler in use today incorporates techniques pioneered by Kuck, targeting parallelism in its many forms and managing locality. In this era of multi-core and many-core architectures and petascale supercomputers, this work is now more important than it has ever been adapting software to use new hardware effectively. As an outgrowth of his compiler work, he initiated efforts that led to the development of OpenMP, the most common solution for incorporating threads into scientific applications.

He also influenced the design of several academic and industrial parallel computers, including the Illiac IV (as the only software person on the project), Burroughs BSP, Alliant and Cedar. Ken Kennedy’s own work was heavily influenced by David Kuck. While on sabbatical at IBM, David provided Kennedy with access to Kuck’s Parafrase system, which was the spark that initiated vectorization research both at Rice (the PFC system) and at IBM (PTRAN).

Kuck graduated more than 25 students, many of whom have gone on to have significant influence in the field in their own right, as academics, authors of influential books, and leaders in industry: as examples, Duncan Lawrie, Stott Parker, David Padua, Ron Cytron, Constantine Polychronopolous, Alex Veidenbaum, Michael Wolfe, and Utpal Banerjee.

2010 Ken Kennedy Award
“For his pioneering contributions to compiler technology and parallel computing, the profound impact of his research on industry, and the widespread and long-lasting influence of his teaching and mentoring.”
Learn more about the Ken Kennedy Award