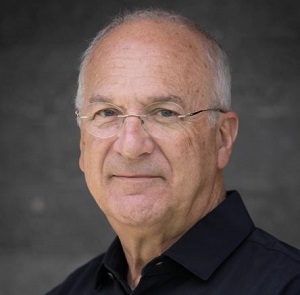 Prof. David Harel is currently President of the Israel Academy of Sciences and Humanities, and has been at the Weizmann Institute of Science since 1980, serving as Department Head from 1989 to 1995, and as Dean of the Faculty of Mathematics and Computer Science between 1998 and 2004. He was a co-founder of I-Logix, Inc., which later became part of IBM. He received his PhD from the Massachusetts Institute of Technology in 1978, spent two years at IBM Research, and sabbaticals at Carnegie-Mellon University, Cornell University, and the University of Edinburgh.

In the past, he worked mainly in theoretical computer science – logic, computability and automata theory – and later in software and systems engineering, modeling biological systems, the synthesis and communication of smell, and most recently on the analysis of prosody.  He is the inventor of Statecharts and co-inventor of Live Sequence Charts (LSCs), and co-designed Statemate, Rhapsody, the Play-Engine and PlayGo. Among his books are “Algorithmics: The Spirit of Computing” and “Computers Ltd.: What They Really Can’t Do”.

He is an ardent peace and human rights activist, and his main hobbies are photography and music.

2023 Harlan D. Mills Award
“For the development of visual formalisms and for the invention of Statecharts, which had a profound impact on software engineering.”
Learn more about the Harlan Mills Award