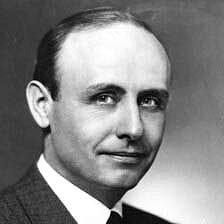 Cuthbert Hurd joined IBM in 1949. He formed, and was director of, the IBM Applied Science Division. He was also a key advisor to Thomas Watson Jr. on the development of the IBM 701 machine. He assessed military computing requirements and was instrumental in applying those requirements to a single machine. Dr. Hurd later became director of the IBM Electronic Data Processing Machines Division.