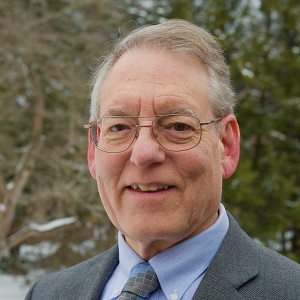 Charles Weems is a Professor of Computer Science at the University of Massachusetts, Amherst, co-author of 28 textbooks, and one of the leaders of the Center for Parallel and Distributed Computing Curriculum Development and Educational Resources (CDER).

Starting in 1984, he worked with Nell Dale to develop a series of books that defined a new paradigm for introductory programming and data structures education, focusing on algorithmic problem solving, pedagogically based on a carefully constructed progression of concepts, and employing inclusive language and examples.

His work on the CDER curriculum influenced the ACM 2013 Curriculum and AP Computer Science Principles course. Through CDER he has lead workshops empowering instructors to incorporate parallel and distributed computing concepts into courses, co-edited two monographs on parallel and distributed computing education, and helped organize the center’s EduPar and EduHPC workshops since their inception.

At UMass, he has worked with his department’s curriculum committee for over 25 years, leading it through major curriculum revisions. He is a recipient of the University Distinguished Teaching Award.

In 2002 he helped found a local Waldorf high school, creating and teaching a developmentally based, four-year, required, computer science curriculum, and has mentored other schools in implementing it. His service has also involved multiple roles in the IEEE TC on Parallel Processing, including the curriculum working group, and co-chairing the diversity and inclusion committee, and in the International Parallel and Distributed Processing Symposium – chairing it three times, and greatly expanding its workshops as a means of broadening its community.

He is a Senior Member of the IEEE, an ACM Distinguished Educator, and a CSTA member.