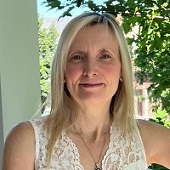 Professor Carolyn McGregor AM is a two-time Canada Research Chair. She is the Founding Director and Research Chair of the Joint Research Centre in AI for Health and Wellness between Ontario Tech University in Canada and the University of Technology Sydney in Australia. Dr McGregor has led pioneering research in artificial intelligence, big data analytics, stream computing, deep learning, internet of things, temporal data mining, edge computing and cloud computing. She progresses research within the context of critical care medicine, precision public health, mental health, astronaut health together with military and civilian tactical training. She is the inventor of two internationally leading big data/AI based platforms Artemis and Athena used to improve health, wellness, resilience and adaptation.

She has been awarded over $15 million in research funding and has led multiple large research programs including a highly acclaimed multi-million dollar First-of-A-Kind (FOAK) research program with IBM and a $3M project within the FedDev Ontario Health Ecosphere Innovation Pipeline project. She has over 190 refereed publications, 3 patents in multiple jurisdictions and has established two startup companies resulting from her research. She has extensive research collaborations in Canada, USA, Australia and India. She serves on government committees in Australia, Canada, France and Germany. She has received many awards for her research. In 2014 she was awarded membership in the Order of Australia for her significant service to science and innovation through health care information systems. In 2017 she was featured in the 150 Stories series commissioned by the Lieutenant Governor of Ontario and the Government of Canada to commemorate the 150th year anniversary of Ontario. In 2018 she was named as a Women Leader in Digital Health by Digital Health Canada. In 2022 she led a research study performed on the AXIOM Ax-1 all private astronaut mission to the ISS.

2023-2025 Board of Governors
Learn more about volunteering