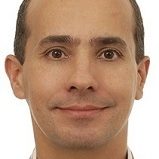 Carlos Henrique Cabral Duarte has more than 25 years of professional experience in engineering, finance and management, research and teaching, entirely devoted to the theory and practice of information and software technologies.

Carlos Henrique is a senior member of technical staff at the Brazilian Development Bank (BNDES, 1992–), Rio de Janeiro, where he is responsible for the accreditation of machines, equipment, components and systems (2012–). Previously, he was an operations manager (2002–12), in charge of the funding of more than 60 technology companies, two now listed in the Bovespa Stock Market. He was the BNDES representative in the Information Technology Advisory Committee of the Brazilian Ministry of Science, Technology and Innovation (CATI/MCTI) and deputy board member of the Society for the Promotion of Brazilian Software Excellence (Softex) (2003–12).

In 2007, Carlos’s biography was included in the publication Marquis Who is Who in the World due to contributions to the Brazilian software industry. Carlos Henrique also worked as a lecturer in Brazilian Universities (1999–2009) and was a research fellow of the Brazilian NSF (CNPq 2C 2001–03). He has written and reviewed many papers for scientific journals and conferences, recently becoming an industry program committee member (RE 2014–18, 2016 co-Chair; ICSEA 2016-18), workshop organizer (CESI 2015–16, held in conjunction with ICSE 2015–16) and panel member (organizer in RE 2015–16, panelist in ICSE 2014 and RE 2013). Carlos Henrique holds a PhD from Imperial College, London(1999), MSc from PUC-Rio (1994) and BMath fromUFJF (1992) in computing. He is a senior member of the IEEE, Computer Society.

Nowadays, more and more technology-intensive products and services have been conceived with a distributed nature. Distributed systems are, however, harder to develop than systems of other domains due to the hostile environments in which they normally appear (which challenge security and privacy requirements) and due to their usual specific requirements (such as location dependency, concurrency and non-determinism).

In addition, the widespread adoption of disruptive technologies like Robotics, the Internet of Things and Artificial Intelligence requires a massive dissemination of distributed systems, bringing with it additional challenges and opportunities to their specification, analysis and implementation, particularly due to non-functional requirements (such as availability, scalability and reliability). Despite their high complexity, distributed system behaviors depend on rich patterns of information flow, suggesting that model-based techniques are perfectly fitted to support their rigorous development.

This half-day tutorial is addressed to undergraduate and graduate students, as well as researchers and practitioners. It is devoted to illustrating how distributed software systems can be developed from first principles, using model based techniques. The tutorial will present all the steps and tools adopted in the development of a complete distributed information system for automating retail networks—comprising administrative offices, distribution centers, physical and virtual stores. Our case study starts with the construction of a requirements specification model, proceeds with the development of database and user interface functionality, and culminates with the system implementation in Java, using the Eclipse software development environment. It is expected that, after the tutorial, attendees will be able to replicate the adopted development path in other situations and contexts.

The Influence of Normative Technical Requirements on IT Businesses

The realization that some requirements are already present in or can be directly derived from laws and regulations brings many benefits to Requirements Engineering. The assurance of the existence and the forwards/backwards traceability of requirements in connection to norms consists of a valid attempt to ensure the satisfaction of customer needs and business goals. But value is effectively added to products and services only when compliance translates requirements into measures of operational excellence (such as greater market penetration, revenue increase, process simplification, time-to-market and cost reduction, and asset allocation optimization), particularly because non-compliance usually implies value destruction, in the form of financial losses or criminal penalties.

In this lecture, we study the influence of normative technical requirements on the productivity and competitiveness of information technology (IT) businesses. We argue that it is desirable to study product or service IT businesses together with their environment, where they coexist with many stakeholders—such as employers, shareholders, customers, standardization institutions and others—because the observation of these actors of economic interest yields useful empirical metrics. We present a replicable research methodology, comprising, on the one hand, norm identification, tabular representation, item individualization and cross referencing, and on the other hand, economic data collection and adjustment, data classification and filtering, derived data computation and statistical analysis, using descriptive statistics, hypothesis testing and control charts. We show how this methodology can be applied to develop distinct kinds of empirical studies, for instance relating normative requirements to the labor productivity of the studied IT companies, producing both positive and negative results.

The maturation of disruptive digital technologies (such as Robotics, the Internet of Things and Artificial Intelligence), together with their ubiquitous introduction in practically all domains, has given rise to radical transformations in businesses, populations and governments, a Digital Transformation (DX) of society. Many economic sectors have been reshaped due to DX: mining and chemistry, agriculture and cattle breeding, food and beverage, automotive, and electronics industries. Likewise, the same has happened to services provided by governments and financial institutions. Electricity, communications, gas and water utilities; health care and education institutions; retail, media and entertainment; and logistics and transportation companies have all changed due to DX.

In this talk, we provide a business-oriented high-level overview of DX. We present the current DX viewpoints and approaches, definitions and online resources, challenges and opportunities. Viewpoints and approaches are analyzed from a strategic planning and public policy foresight perspective. DX definitions are classified based on their levels of compliance with operational excellence and customer experience orientation requirements, which can be satisfied relying on the mapped online resources produced by global market research firms. The corresponding challenges and opportunities are identified and analyzed using a database of real business cases.

We also argue that software and its engineering are cornerstone notions for DX-definition and implementation efforts: the way in which software is considered is critical to determine the effort success or failure. Finally, we analyze the mutual influence that Digital Transformation and Software/Requirements Engineering (RE/SE) have on each other and argue that the future evolution of DX can completely reshape the landscape of RE/SE.