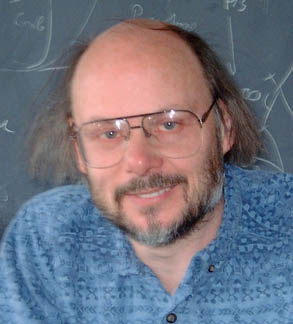 Bjarne Stroustrup was born in Aarhus, Denmark in 1950. He graduated from the University of Aarhus in 1975 with a cand. scient. (masters) degree in mathematics and computer science and received his Ph.D. in computer science from Cambridge University, England in 1979. After graduation, Dr. Stroustrup joined Bell Labs’ Computer Science Research Center in Murray Hill, New jersey. Staying with AT&T through the various breakups, Dr. Stroustrup was the head of AT&T Labs’ Large-Scale Programming Research Department from 1995 until late 2002. He is now the College of Engineering Chair Professor in Computer Science at Texas A&M University, and retains a link with AT&T Labs – Research as a member of the Information and Systems Software Research Lab.

Dr. Stroustrup designed and implemented C++. Over the last decade, C++ has become the most widely used language supporting object-oriented programming by making abstraction techniques affordable and manageable for mainstream projects. Using C++ as his tool, Dr. Stroustrup has pioneered the use of object-oriented and generic programming techniques in application areas where efficiency is a premium; examples include general systems programming, switching, simulation, graphics, user-interfaces, embedded systems, and scientific computation. The influence of C++ and the ideas it popularized are clearly visible far beyond the C++ community. Languages including C, C#, Java, and Fortran99 provide features pioneered for mainstream use by C++, as do systems such as COM and CORBA.

His book The C++ Programming Language (Addison-Wesley, first edition 1985, second edition 1991, third edition 1997, “special” edition 2000) is the most widely read book of its kind and has been translated into at least 18 languages. A later book, The Design and Evolution of C++ (Addison-Wesley, 1994) broke new ground in the description of the way a programming language was shaped by ideas, ideals, problems, and practical constraints. In addition to his five books, Dr. Stroustrup has published more than a hundred academic and more popular papers.

Dr. Stroustrup took an active role in the creation of the ANSI/ISO standard for C++ and continues to work on the maintenance and revision of that standard. In 2004 he was elected to the National Academy of Engineering “for the creation of the C++ programming language.” He is an AT&T Bell Laboratories Fellow and an AT&T Fellow. He is an ACM fellow and a senior member of the IEEE. Dr. Stroustrup received the 1993 ACM Grace Murray Hopper award “for his early work laying the foundations for the C++ programming language.” He was named one of “America’s twelve top young scientists” by Fortune Magazine in 1990 and as one of “the 20 most influential people in the computer industry in the last 20 years” by BYTE magazine in 1995.