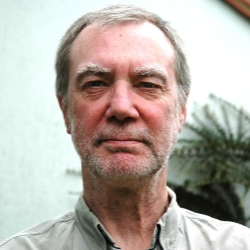 Bev Littlewood has degrees in mathematics and statistics, and a PhD in statistics and computer science; he is a Chartered Engineer, and a Chartered Statistician. He has worked for more than 30 years on problems associated with the dependability of software-based systems, and has published many papers in international journals and conference proceedings and has edited several books. His technical contributions have largely focused on the development of probabilistic and statistical techniques for software systems engineering. He has a long term interest in the question of how far these approaches can take us in providing assurance that systems are fit for purpose – in particular, whether certain critical systems are sufficiently safe to be allowed to operate. He has encouraged – and taken part in – debate about such issues in both technical and non-technical forums.

In 1983 he founded the Centre for Software Reliability (CSR) at City University, London, and was its Director from then until his (semi-)retirement in 2003. During this period CSR attracted many millions of pounds of research funding from various European and national agencies, and gained an international reputation for the quality of its research. He is currently Professor of Software Engineering at City University.

From 1990 to 2005 he was a member of the UK Nuclear Safety Advisory Committee, in which role he played a part in the extensive discussions, and controversy, concerning the first use of a software-based protection system for a UK power reactor. He is a member of IFIP Working Group 10.4 on Reliable Computing and Fault Tolerance, of the UK Computing Research Committee, and is a Fellow of the Royal Statistical Society. He is currently serving his second term as Associate Editor of the IEEE Transactions on Software Engineering, and is on the editorial boards of several other international journals. In 2007 he was appointed to the IEEE John von Neumann Award Committee.