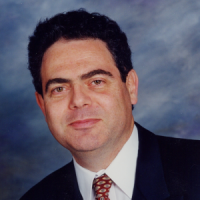 Bertrand Meyer has been active in pioneering modern ideas of software engineering and object technology on both the industrial and academic scenes. As co-founder of Eiffel Software (based in Santa Barbara, California), he led the development of tools and libraries totaling several millions lines of code, taught industrial seminars that introduced object technology to thousands of attendees, and provided consulting to companies and government agencies. As Professor of Software Engineering at ETH Zurich (the Swiss Federal Institute of Technology) since 2001, he introduced a new approach to the teaching of programming and is directing research on topics such as automatic testing, program proofs and concurrent programming.

He has published numerous papers and 11 books including “Object-Oriented Software Construction,” one of the all-time best-sellers in computer science, Jolt Award 1998, as well as “Introduction to the Theory of Programming Languages,” “Eiffel: The Language,” and “Reusable Software.” Most recently, he published “Touch of Class: Learning to Program Well with Objects and Contracts” (Springer, 2009), an introduction to programming based on the newest concepts of software engineering. He is currently the president of Informatics Europe, the association of European computer science and IT departments. He is the recipient of the ACM Software System award and the Dahl-Nygaard award for object technology, an ACM fellow, an honorary doctor of the State University (ITMO) of Saint Petersburg, and a member of the French Academy of Technologies.