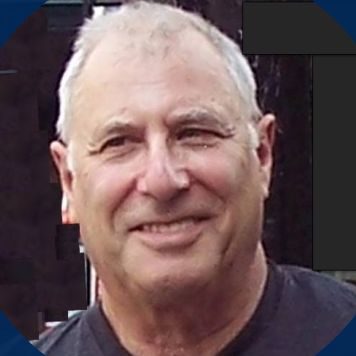 Bernard P. Zeigler is Professor Emeritus of Electrical and Computer Engineering at the University of Arizona. He received a Ph.D. in Computer/Communication Sciences from the University of Michigan (1968), an M.S. in Electrical Engineering from the Massachusetts Institute of Technology (1964), and a B.S. in Engineering Physics from McGill University in Montreal, Canada (1962). Zeigler has held faculty appointments at the University of Michigan (1969–1975, 1980–1981), the Weizmann Institute in Israel (1975–1980), Wayne State University (1981–1984), The University of Arizona (1985–2010), and Arizona State University (2005–2008). While in Arizona, Dr. Zeigler served as the Co-Director of the Arizona Center for Integrative Modeling and Simulation (ACIMS). He is currently affiliated with the Center of Excellence in Command, Control, Communications, Computing and Intelligence (C4I Center) at George Mason University and is also the Chief Scientist at RTSync Corp.

Zeigler is a Fellow of the Institute of Electrical and Electronics Engineers (IEEE) and The Society for Modeling and Simulation International (SCS) for which he served as President (2002–2004). He is a member of the SCS Hall of Fame. In 2013 he received the Institute for Operations Research and Management Sciences (INFORMS) Simulation Society Distinguished Service Award. In 2015 he received the INFORMS Lifetime Professional Achievement Award, which is the highest honor given by the Institute for Operations Research and the Management Sciences’ Simulation Society.

Zeigler, has published several books on modeling and simulation and is best known for his theoretical work concerning modeling and simulation based on systems theory and the Discrete Event Systems Specification formalism which he invented in 1976. Recently, he published with two young researchers the third edition of his classic Theory of Modeling and Simulation which has become a classic in the field. Zeigler has played a critical role within the modeling and simulation field through his editorial responsibilities and professional activities that focus on the importance of modeling and simulation in its interaction with other disciplines (e.g., artificial intelligence, biological systems, and defense systems architecture). Zeigler has received much recognition for his various scholarly publications, achievements, and professional service. His 1984 book, Multifaceted Modelling and Discrete Event Simulation, was published by Academic Press and received the outstanding Publication Award in 1988 from The Institute of Management Sciences (TIMS) College on Simulation.

MBSE with/out Simulation: State of the Art and Way Forward

The limitations of model-based support for engineering complex systems include limited capability to develop multifaceted models, as well as their analysis with robust reliable simulation engines. Lack of such Modeling and Simulation (M&S) infrastructure leads to knowledge gaps in engineering such complex systems and these gaps appear as epistemological emergent behaviors. In response, an initiative is underway to bring Model-Based Systems Engineering (MBSE) closer together with model-based simulation developments. M&S represents a core capability and is needed to address today’s complex, adaptive, systems of systems engineering challenges. This talk will consider the problems raised by MBSE taken as a modeling activity without the support of full strength integrated simulation capability and the potential for, and possible forms of, closer integration between the two streams. An example of a system engineering application, an unmanned vehicle fleet providing emergency ambulance service, will be examined as an application of the kind of multifaceted M&S methodology required to effectively deal with such systems.

Despite significant advances in fields from neurophysiology to cognitive science, a wide gap remains between cognition and neural substrate. The Discrete Event Systems Specification (DEVS) modeling abstraction characterizes neuronal elements as having discrete states, processing messages, and employing own memory while coordinating themselves in space and time. Thus DEVS offers a general system-theoretic based computational modeling formalism to link cognitive behavior to neuron circuit level structures. In this talk, we discuss cognitive computation behaviors, provide DEVS models that generate these behaviors, and simulations in the MS4 Me environment that exhibit such behaviors. System/automata theory proofs of their canonical minimal nature support the claim that such structures must be embedded in any neuron model of cognitive behavior and inform the search for biologically plausible implementations. We conclude by highlighting the synergy between system-theory, computer science, modeling, simulation and experiment that these results illustrate.

How Abstraction, Formalization and Implementation Drive the Future of Modeling and Simulation