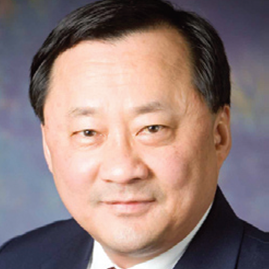 Wah is a Fellow of the Institute of Electrical and Electronic Engineers (IEEE), the Association for Computing Machinery (ACM), and the American Association for the Advancement of Science (AAAS). In 1989, he was awarded a University Scholar of the University of Illinois; in 1998, he received the IEEE Computer Society Technical Achievement Award; in 2000, the IEEE Millennium Medal; and in 2003, the Raymond T. Yeh Lifetime Achievement Award from the Society for Design and Process Science. He has published over 250 papers, two authored books, and three edited books.

As an individual researcher, Wah has made fundamental contributions to nonlinear optimization. He has developed the mathematical foundation and the algorithms for solving large-scale discrete, continuous, and mixed constrained optimization problems whose functions are not necessarily in closed form. These problems exist in many engineering fields, including production planning, scheduling, system design, artificial intelligence, control systems, semiconductor manufacturing, and operations research. Based on a key observation that the constraints in many of these application problems are highly structured and involve variables with strong spatial or temporal locality, he has developed the mathematical foundation for partitioning large-scale application problems by their constraints into a small number of much simpler subproblems. Because each subproblem has only a fraction of the original constraints, it is a significant relaxation of the original problem and has an exponentially lower complexity. As a result, his approach can efficiently solve many problems that are intractable to existing solvers. His research provides the key technology for reducing the complexity of large-scale problems in spacecraft and satellite planning. Its success has been demonstrated in SGPlan, a planner that won the First Place Award in the 4th International Planning Competition in 2004. It has also been shown in CPOpt, a nonlinear programming solver that can solve many large-scale continuous and mixed integer optimization problems that cannot be solved by some of the best solvers today.

As a volunteer leader, Wah has made numerous contributions in promoting the computing profession. During his service as the IEEE Computer Society President in 2001, he was instrumental in launching many initiatives. One of his many accomplishments was to provide continuing education for computer professionals worldwide. Under his leadership, the IEEE Computer Society launched a distance learning program that offers hundreds of free online courses for its members. He was the Editor-in-Chief of the IEEE Transactions on Knowledge and Data Engineering between 1993 and 1996. He had chaired a number of international conferences and was the International Program Committee Chair of the IFIP World Congress in 2000. He currently serves as the Society’s representative to the Computing Research Association.

Wah and his wife, Christine, have two daughters, Catherine and Elaine.