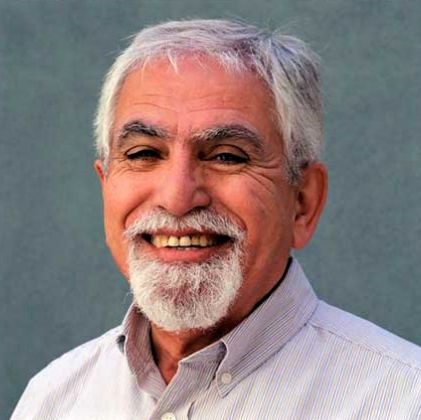 Behrooz Parhami (PhD in computer science from University of California, Los Angeles, 1973) is Professor of Electrical and Computer Engineering, and former Associate Dean for Academic Personnel, College of Engineering, at University of California, Santa Barbara. He has research interests in computer arithmetic, parallel processing, and dependable computing. In his previous position with Sharif (formerly Arya-Mehr) University of Technology in Tehran, Iran (1974-1988), he was also involved in educational planning, curriculum development, standardization efforts, technology transfer, and various editorial responsibilities, including a five-year term as Editor of Computer Report, a Persian-language computing periodical. His technical publications include over 300 papers in peer-reviewed journals and international conferences, a Persian-language textbook, and an English/Persian glossary of computing terms. Among his publications are three textbooks on parallel processing (Plenum, 1999), computer arithmetic (Oxford, 2000; 2nd ed. 2010), and computer architecture (Oxford, 2005). Professor Parhami is a Life Fellow of IEEE, a Fellow of IET, a Chartered Fellow of the British Computer Society, a member of the Association for Computing Machinery and American Society for Engineering Education, and a Distinguished Member of the Informatics Society of Iran for which he served as a founding member and President during 1979-84. Professor Parhami has served on the editorial boards of IEEE Trans. Sustainable Computing (since 2016), IEEE Trans. Computers (2009-2014; 2016-now), IEEE Trans. Parallel and Distributed Systems (2006-2010), and International J. Parallel, Emergent and Distributed Systems (2006-2012). He also chaired IEEE’s Iran Section (1977-1986), received the IEEE Centennial Medal in 1984, and was honored with a most-cited paper award from J. Parallel & Distributed Computing in 2010. His consulting activities cover the design of high-performance digital systems and associated intellectual property issues.

Recursion is often associated with algorithm design and programming. In this talk, I will show that recursion can also be used for hardware synthesis, resulting in a number of benefits in design time, verification/validation, component reuse, and VLSI-friendly structure. In way of introduction, I will illustrate the method and its advantages using a well-known (FFT networks) and two lesser-known (multipliers; sorting networks) examples. I will then present a detailed description of my own research on the recursive synthesis of counting networks, which have several varieties known as parallel counters, weight-checkers, threshold and inverse-threshold circuits, and between-limits counters, to name a few examples.

Hybrid Digital-Analog Number Representation in Computing and in Nature

The discovery that mammals use a multi-modular method akin to residue number system (RNS), but with continuous residues or digits, to encode position information led to the award of the 2014 Nobel Prize in Medicine. After a brief review of the evidence in support of this hypothesis, and how it relates to RNS, I discuss the properties of continuous-digit RNS, and discuss results on the dynamic range, representational accuracy, and factors affecting the choice of the moduli, which are themselves real numbers. I then take a step back and briefly explore hybrid digital-analog number representations and their robustness and noise-immunity advantages more generally. I conclude with suggestions for further research on important open problems in the domain of hybrid digital-analog number representation and processing.

Linguistic Challenges in Computer Input and Output: The Case of Persian/Arabic

The Persian/Arabic script has caused difficulties, ever since the advent of printing presses. The appearance of typewriters created additional problems and the introduction of digital computers added to the design challenges, which persisted, until high-resolution dot-matrix printing offered greater flexibility to font designers and the expansion of the computer market in the Middle East attracted investments on improving the Persian/Arabic script for computers. Nevertheless, certain peculiarities continue to cause legibility and aesthetic problems. In this talk, I will enumerate problematic features of the modern Persian/Arabic script, my five decades of research on the topic, an overview of the state of the art, and areas that still need work.

Computer architecture became an established discipline when the stored-program concept was incorporated into bare-bones computers of the 1940s. Since then, the field has seen multiple minor and major innovations in each decade. I will present my pick of the most important innovation in each of the eight decades, from the 1940s to the 2010s, and show how these ideas, when connected to each other and allowed to interact and cross-fertilize, produced the phenomenal growth of computer performance, now approaching exa-op/s (billion billion operations per second) level, as well as to ultra-low-energy and single-chip systems. I will also offer predictions for what to expect in the 2020s and beyond.

A Puzzle-Based Approach to Promoting Technical/DigitalLiteracy

Literacy and numeracy, introduced long ago to define the skill sets of a competent workforce are no longer adequate. Literacy is instilled and improved by telling stories that use more and more advanced vocabulary and grammar. The key tool in teaching and advancing numeracy is dealing with real-life problems, be they book-keeping and accounting tasks, analyzing geometric shapes and relationships, or deriving answers from (partially) supplied information. Teaching technical literacy (techeracy) requires a further shift away from story-telling and word problems toward logical reasoning, as reflected in the activity of solving puzzles. I have used this puzzle-based approach in teaching science and technology appreciation in an interdisciplinary freshman seminar and for introducing advanced technological concepts to engineering students at UCSB. In this talk, I will draw upon my experiences to convey how a diverse group of learners can be brought to understand the underpinnings of complex science and technology concepts. Once the basics are imparted in this manner, learners become empowered to pursue additional topics through suitably designed self-contained study modules.

The Return of Table-Based Computing: Why Old Is Becoming Cool Again

Tabular computing, quite common in the pre-electronic-computer days, is regaining importance, given the plummeting cost and rising density of memory units, as well as higher computational requirements in the age of big data. An added bonus of table-based computing is greater control over the error characteristics of the results, which favors the use of tables over alternative modes of approximate computing. Use of tables offers a natural framework for bimodal or multimodal schemes that combine a quick, direct readout of approximate values with a refinement mechanism for improved precision, when needed. After presenting examples of varied architectural schemes and applications for table-based computing, I will offer an assessment of cost, performance, and energy benefits of this cool-again method.

Interconnecting multiple processors in a parallel supercomputer or servers in a data center constitutes a challenging problem. There are so many ways to interconnect the computing nodes that the range of options has come to be known as “the sea of interconnection networks.” In this talk, I will outline the theoretical underpinnings of interconnection network design in a way that exposes the challenges. I will then review desirable network properties and relate them to various network classes that have been used or proposed. Emphasis will be placed on robustness attributes of networks, given that large networks with many thousands or perhaps even millions of nodes are bound to experience malfunctions in nodes and links.