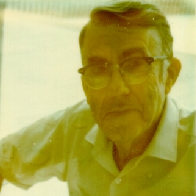 Samuel took advantage of another fact about checkers for his learning research. Namely, the checker players have many volumes of annotated games with the good moves distinguished from the bad ones. Samuel’s learning program used Lee’s Guide to Checkers to adjust its criteria for choosing moves so that the program would choose those thought good by checker experts as often as possible.

In 1961, when Ed Feigenbaum and Julian Feldman were putting together the first AI anthology, Computers and Thought, they asked Samuel to give them, as an appendix to his splendid paper on his checker player, the best game the program had ever played. Samuel used that request as an opportunity to challenge the Connecticut state checker champion, the number four ranked player in the nation. Samuel’s program won. The champion provided annotation and commentary to the game when it was included in the volume.

Samuel was a modest man, and the importance of his work was widely recognized only after his retirement from IBM in 1966. This was partly because he didn’t relish the politics that would have been required to get his research more vigorously followed up. He was also realistic about the large difference between what had been accomplished in understanding intellectual mechanisms and what will be required to reach human level intelligence.

Samuel’s papers on machine learning are still worth studying. With great creativity and working essentially alone, doing his own programming, he invented several seminal techniques in rote learning and generalization learning, using such underlying techniques as mutable evaluation functions, hill climbing, and signature tables. One still hears proposals for research in this area less sophisticated than his work of the 1950s.

He graduated from Emporia College in 1923. Receiving a master’s degree from M.I.T. in 1926, he stayed on as an instructor in Electrical Engineering until 1928, when he joined Bell Telephone Laboratories. At Bell Labs he mainly worked on electron tubes. Particularly notable was his work on space charge between parallel electrodes and his wartime work on TR-boxes. This is a switch that disconnects the receiver of a radar when the radar is transmitting and prevents the sensitive receiver from being destroyed by the high power transmitter.

In 1946 Samuel became Professor of Electrical Engineering at the University of Illinois and became active in their project to design one of the first electronic computers. It was there he conceived the idea of a checker program that would beat the world champion and demonstrate the power of electronic computers. Apparently the program was not finished while he was at the University of Illinois, perhaps because the computer wasn’t finished in time.

In 1949 Samuel joined IBM’s Poughkeepsie Laboratory and worked on IBM’s first stored program computer, the 701. That computer’s memory was based on Williams tubes which stored bits as charged spots on the screen of a cathode ray tube. Samuel managed to increase the number of bits stored from the customary 512 to 2048 and to raise the mean time to failure to half an hour.

He completed the first checker program on the 701, and when it was about to be demonstrated, Thomas J. Watson Sr., the founder and President of IBM, remarked that the demonstration would raise the price of IBM stock 15 points. It did.

Samuel retired from IBM in 1966 and came to Stanford University as a research professor. At Stanford, he continued his work on checkers until his program was outclassed in the 1970s. He also worked on speech recognition until DARPA decided to concentrate its speech work on one approach. He supervised several PhD theses at Stanford.

Another of Samuel’s talents was understanding inadequate documentation of complicated programs and writing clear and attractive manuals. His First Grade Tex was recently translated into Japanese.

As a person, Samuel was distinguished by his objectivity and his kindness in helping many people, especially in learning about the many matters in which he was expert.

Samuel remained an active computer programmer long after age forced him to give up active research. His last work, continued until past the age of 85 involved modifying programs for printing in multiple type fonts on some of the Stanford Computer Science Department’s computers. We believe he was the world’s oldest active computer programmer. The computer he used tells us that he last logged into it on February 2, 1990. This was after Parkinson’s disease stopped his active work.

He is survived by a brother, two daughters, and four grandchildren. The family request that donations be sent to the Arthur L. Samuel Fellowship Fund, a special Stanford scholarship in his honor. Contributions may be sent c/o Computer Science Department, Gates Building Room 275, 353 Serra Mall, Stanford University, Stanford, CA 94305-9025.