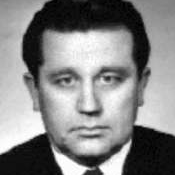 Arnols Reitsakas designed, produced, and implemented the first Estonian digital computer in 1961 at the Tallinn Radio Factory for the Institute of Cybernetics, Estonian Academy of Sciences. At the Institute, where he worked from 1961 to 1995, he was responsible for the implementation of new Soviet-made second- and third-generation computers. His efforts enabled Estonia to be a part of the computer age.

Reitsakas developed upward compatibility software during the 1960s for the second-generation computers MINSK 32 and MINSK 22. He essentially increased the performance of those computers by adding magnetic disks, implementing the concept of virtual memory through software, and integrating several computers through common external memory on disks and tapes. He introduced remote terminals for better service to programmers and end users. Between 1976 and 1986, he implemented several Soviet third-generation computers: the M4030, ES-1022, ES-1052, ES-1066, and the multiprocessor ELBRUS-1.

He earned a degree in electrical engineering from Leningrad University in 1957.