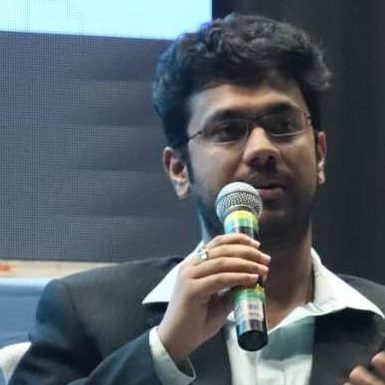 Dr. Anirban Sengupta is an Associate Professor in Computer Science and Engineering at Indian Institute of Technology (I.I.T) Indore, where he directs the research lab on ‘CAD for Consumer Electronics Hardware Device Security & Reliability’. He is an elected Fellow of IET and Fellow of British Computer Society (FBCS), UK. He holds a Ph.D. & M.A.Sc in Electrical & Computer Engineering from Ryerson University, Toronto (Canada) and is a registered Professional Engineer of Ontario (P.Eng.). He has been an active researcher in the emerging areas of ‘Hardware Security’, ‘IP Core Protection’ and ‘Digital Rights Management for Electronics Devices’. He has been awarded prestigious IEEE Distinguished Lecturer by IEEE Consumer Electronics Society in 2017 and IEEE Distinguished Visitor by IEEE Computer Society in 2019. He is Ex-Officio member of Board of Governors of IEEE Consumer Electronics Society. He has featured in ‘Researcher Spotlight’ of prestigious ACM Special Interest Group on Design Automation (SIGDA) Newsletter for his contributions on hardware security.

Intellectual property (IP) chipsets are indispensable components of consumer electronics (CE) products such as set-top boxes, digital TVs, DVDs, tablets, digital cameras, audio-video receivers etc. IP chipsets represent several man-years of investment, research and development through expensive infrastructure. Watermarking in IP chipsets for protection of CE devices against false claim of ownership, piracy and counterfeit has been proved as a promising solution. However, the design process of a watermarked (anti-piracy aware) IP chipset is complex, and no published work exists in the literature to introduce a formal design methodology. This paper presents a formal design approach for anti-piracy aware IP chipsets for CE devices. Using robust multi-variable signature encoding methodology, decoded watermarking constraints are embedded into the formal architectural synthesis design steps of an IP chipset. Each step of the IP chipset design will be lucidly introduced with the aid of a real life benchmark from the domain of multimedia and digital signal processing.

The current design era of consumer electronics is reliant on global IC supply chains. To maximize design productivity and minimize design time, the use of intellectual property (IP) cores, often supplied by a third party vendor, has become standard practice in the industry. However, there are increasing threats to security, and growing piracy issues that threaten global supply chains as system-on-chip design becomes increasingly commoditised. Consequently, the requirements for protection of IP-core designs and the know-how they represent has become of importance to industry. This topic provides an insight into this challenge faced by many CE manufacturers and an overview of current and past methodologies. The pros and cons of each approach and some practical case studies will help understand this challenge. Some consideration is also given to the potential future evolution of IP protection.

This topic will delve deep into the threat models and defense mechanisms against hardware Trojans and IP piracy. This topic discusses the hardware security of consumer electronics (CE) devices, focusing primarily on threat models and defense mechanisms against two major attacks: hardware Trojans and IP piracy. Further, other hardware-related IP attacks on CE design will be discussed along with its security mechanism. Design for security will be emphasized for CE community designers and practitioners who focus on IP core security.