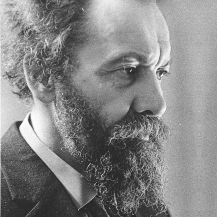 In 1928, Lyapunov enrolled in Moscow State University to study mathematics, and in 1932 became the protégé of Nikolai Luzin. Under his mentorship, Lyapunov began to research descriptive set theory.

In 1961, he was a member of the faculty at the Institute of Mathematics, Siberian Branch, Soviet Academy of Sciences, at which he founded the department of cybernetics. At Novosibirsk State University, he founded the Department of Theoretical Cybernetics and the Laboratory of Cybernetics at the Institute of Hydrodynamics of the Soviet Academy of Sciences, which he led until the end of his life.

In 1964, Lyapunov was elected a member of the Soviet Academy of Sciences of the Department of Mathematics. He was awarded the Order of Lenin. See the first information letter.