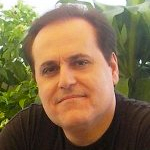 Dr. Zomaya published more than 500 scientific papers and articles and is author, co-author or editor of more than 20 books. He is currently the Editor in Chief of the IEEE Transactions on Computers and Springer’s Scalable Computing and serves as an associate editor for 22 leading journals. Dr. Zomaya is the Founding Editor of the Wiley Book Series on Parallel and Distributed Computing.

Dr. Zomaya has delivered more than 130 keynote addresses, invited seminars, and media briefings and has been actively involved, in a variety of capacities, in the organization of more than 600 conferences.

Dr. Zomaya is a Fellow of the IEEE, the American Association for the Advancement of Science, the Institution of Engineering and Technology (UK). He received the 1997 Edgeworth David Medal from the Royal Society of New South Wales for outstanding contributions to Australian Science. He was the recipient of the IEEE Computer Society’s Meritorious Service Award and Golden Core Recognition in 2000 and 2006, respectively. He received the IEEE TCPP Outstanding Service Award and the IEEE TCSC Medal for Excellence in Scalable Computing, both in 2011. His research interests span several areas in parallel and distributed computing.