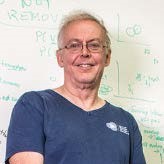 Alan Yuille received his B.A. in mathematics from the University of Cambridge in 1976, and completed his Ph.D. in theoretical physics at Cambridge in 1980 on quantum gravity supervised by Stephen Hawking. He did postdoctoral research on theoretical physics in 1981 at the Physics Department, University of Texas at Austin, and the Institute for Theoretical Physics, Santa Barbara. In 1982 he changed research fields and became a research scientist at the Artificial Intelligence Laboratory at MIT (1982-1986) specializing in computer vision and theoretical neuroscience. He moved to the Division of Applied Sciences at Harvard University in 1986 as a postdoctoral researcher and then served as a Professor of Engineering from 1988-1996 rising to the level of Associate Professor. From 1995-2002 he worked as a senior scientist at the Smith-Kettlewell Eye Research Institute in San Francisco. From 2002-2016 he was a full professor in the Department of Statistics at UCLA with joint appointments in Psychology, Computer Science, and Psychiatry. He also held a part-time appointment at Korea University as part of the World Class University (WCU) program. In 2016 he became a Bloomberg Distinguished Professor in Cognitive Science and Computer Science at Johns Hopkins University. He has won a Marr prize, a Helmholtz prize, and is a Fellow of IEEE. He has broad research interests in vision, machine learning, cognitive science, neuroscience, and medical image analysis. He has published over 500 research articles, co-authored two books — Data Fusion for Sensory Information Processing Systems (with J. J. Clark) and Two- and Three- Dimensional Patterns of the Face (with P. W. Hallinan, G. G. Gordon, P. J. Giblin and D. B. Mumford) – and he also co-edited the book Active Vision (with A. Blake). He has over 75,000 citations and a current h-number of 119.