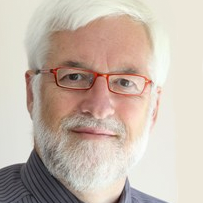 Alan Clements was born in Lancashire, England, and studied Electronics at the University of Sussex. He was awarded a Ph.D. at Loughborough University in equalizers for digital data transmission in 1976 at a time when microprocessors were just being introduced. By applying microprocessors to the problem of equalization, he became interested in computer design and that led to a lectureship in computer science at the University of Teesside.

In the 1970s, literature on microcomputer design was comparatively rare and he wrote one of the first books in this area. Reviews were very positive and he went on to write two significant texts. ‘The Principles of Computer Hardware’ was one of the first undergraduate texts to cover the whole spectrum of computer hardware at an introductory level, with topics ranging from Boolean algebra to peripherals that measure rotational velocity. This text was written in a student friendly style to encourage students to take an interest in computer architecture.

In the 1980s Alan wrote a definitive text on microprocessor systems design. This text bridged the gap between the academic and the practical by covering all stages in the design of a microcomputer and by providing actual circuits. Because this featured Motorola’s processors, Motorola endowed Alan with a personal chair at Teesside. Alan became more and more interested in the problems of teaching computer architecture and became increasingly involved with education.  In 2001 he became chair of the Computer Society’s international student competition, CSIDC and in the same year received a National Teaching Fellowship in the UK, the UK’s highest award for higher education.

Alan has held several offices in the Computer Society including Editor in Chief of CS Press, Second Vice President, and Chair of the Educational Activities Board. He has also held visiting professorships in Heraklion Crete, Colorado USA, and Havana Cuba.

As well as teaching and writing, Alan is interested in photography and has had two exhibitions of his photographs in the UK. He is also a private pilot and combines his love of flying with photography.