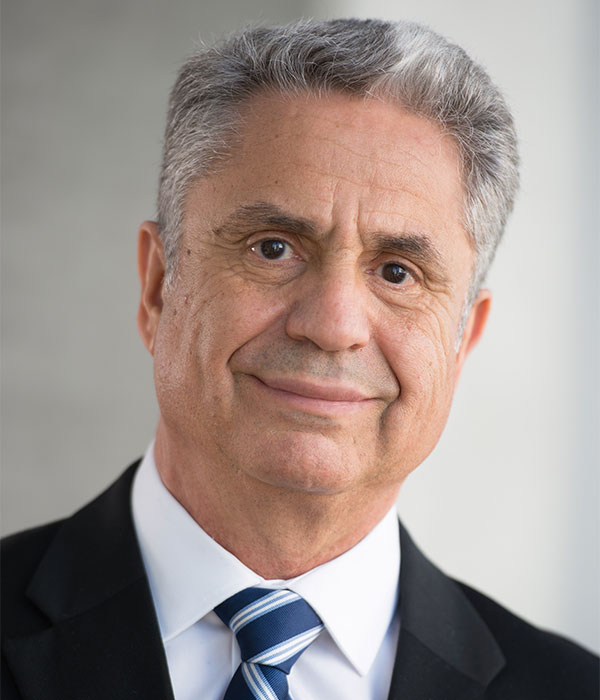 Professor Ahmed Louri is the David and Marilyn Karlgaard Endowed Chair Professor of Electrical and Computer Engineering at the George Washington University (GW), and the director of GW’s High Performance Computing Architectures and Technologies Laboratory (HPCAT).

Professor Louri is a Fellow of the IEEE. For over 30 years, Professor Louri has done seminal work on the development of general frameworks for scalable, energy-efficient, high-performance, and reliable communications for parallel computing systems. In particular, he has accomplished fundamental and pioneering work in the critical areas of scalable and reliable multiprocessors and energy-efficient, fault-tolerant and high-performance network-on-chips for multicore and manycore architectures. His recent research work focuses on accelerator-rich reconfigurable heterogeneous architectures; machine learning techniques for efficient computing, memory, and interconnect systems, and future parallel computing models and architectures, including deep neural networks, and approximate computing. He has published more than 180 refereed journal articles and peer-reviewed conference papers and is the co-inventor on several US and international patents. Professor Louri’s research has been sponsored by the National Science Foundation (NSF), Department of Energy, Air Force Office of Scientific Research, and industrial corporations including Intel, IBM, Cisco, Oracle, Raytheon, Physical Optics Corporation, US West Technologies, and several others. He has received best article awards and Best Paper Awards at several conferences, and been named a Distinguished Visiting Fellow at several international institutions.

Professor Louri served as a Program Director in the NSF Directorate for Computer and Information Science and Engineering (CISE). He directed the core computer architecture program and was on the management team of several cross-cutting programs. While at NSF, he initiated multidisciplinary research programs in several key areas of computer architecture, high-performance computing, emerging technologies, resiliency, and security. The most notable among these is the Scalable Parallelism in the Extreme Program (SPX), which is now in its sixth year.