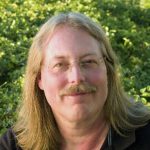 LOS ALAMITOS, Calif., 27 September 2013 — Christopher Johnson, founding director of the University of Utah’s Scientific Computing and Imaging (SCI) Institute, has been named the recipient of the 2013 IEEE Computer Society Sidney Fernbach Award for his work in scientific visualization and computing.

Johnson is a Distinguished Professor of Computer Science at the University of Utah, and also holds faculty appointments in the departments of physics and bioengineering. In 1992, he founded the SCI research group, which has since evolved into the 200-person SCI Institute.

Established in 1992 in memory of high-performance computing pioneer Sidney Fernbach, the Fernbach Award recognizes outstanding contributions in the application of high-performance computers using innovative approaches. The award consists of a certificate and a $2,000 honorarium. Johnson is being recognized “for outstanding contributions and pioneering work introducing computing, simulation, and visualization into many areas of biomedicine.”

“Dr. Johnson is regarded internationally as a leading authority on the application of computer graphics, imaging, and visualization to address critical problems in biomedicine,” said Rich Belgard, IEEE Computer Society Awards Chair. “His pioneering research has applied visualization to improve the performance of complex supercomputers in solving problems in science, engineering, and medicine, and has been an inspiration to computational scientists worldwide.”

Johnson serves on several international journal editorial boards, as well as on advisory boards to several national research centers. He is the recipient of a US National Science Foundation Presidential Faculty Fellow (PFF) award from President Clinton in 1995 and the Governor’s Medal for Science and Technology from Governor Michael Leavitt in 1999.

A Fellow of the American Institute for Medical and Biological Engineering, the American Association for the Advancement of Science, and the Society for Industrial and Applied Mathematics (SIAM), in 2012, he received the IEEE International Parallel & Distributed Processing Symposium (IPDPS) Charles Babbage Award.

Johnson’s research in scientific visualization and scientific computing is important not only because it is innovative, said his nominators, but also because it has important real-world applications in a number of areas, including scalar and vector field visualization, problem-solving environments, and biomedical computing and visualization. His dedication to visualization has motivated many others to excel, and his efforts continue to have major national and international impact.