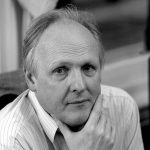 LOS ALAMITOS, Calif., 24 May 2013 — Steve Furber, ICL Professor of Computer Engineering in the University of Manchester’s School of Computer Science, has been named a 2013 recipient of IEEE Computer Society’s Computer Pioneer Award.

Furber worked for Acorn Computers Ltd. in Cambridge, United Kingdom during the 1980s, and was a principal designer of the BBC Microcomputer, which introduced computers into most UK schools. Furber was also a principal designer of the first ARM 32-bit microprocessor. Its descendants power most of the world’s consumer electronics. More than 44 billion ARM processors have been shipped to date by ARM’s semiconductor partners.

Furber has been ICL Chair at Manchester since 1990 and serves as head of the Advanced Processor Technologies research group. His research interests include asynchronous digital design, multicore computer architecture and neural systems engineering.

He leads the Spiking Neural Network Architecture (SpiNNaker) project, which aims to build 1 million ARM processor cores into a machine tuned for executing real-time brain models. Furber’s vision is to use his computer engineering skills to contribute to the multidisciplinary Grand Challenge to understand the information processing principles at work in the brain.

Furber is a Fellow of IEEE, the Royal Society, the Royal Academy of Engineering, the British Computer Society, and the Institution of Engineering and Technology (IET). He has received a Royal Academy of Engineering Silver Medal, a Royal Society Wolfson Research Merit Award, and the IET Faraday Medal. He was made a Commander of the Order of the British Empire (CBE) in 2008 and was a Technology Academy of Finland 2010 Millenium Technology Prize laureate. He is a Computer History Museum 2012 Fellow Award honoree, and has honorary doctorates from the University of Edinburgh and Anglia Ruskin University.

Furber holds bachelor’s and master’s degrees in mathematics and a PhD in aerodynamics from Cambridge University, UK.

The Computer Pioneer was established in 1981 by the Board of Governors of the IEEE Computer Society to recognize and honor the vision of those people whose efforts resulted in the creation and continued vitality of the computer industry. The award is presented to outstanding individuals whose main contribution to the concepts and development of the computer field was made at least 15 years earlier. The recognition is engraved on a bronze medal specially struck for the Society.