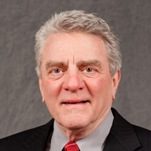 LOS ALAMITOS, Calif., 29 April 2013 – Robert J. Fornaro, a professor of computer science at North Carolina State University (NCSU), has been named the 2013 recipient of the Computer Science and Engineering Undergraduate Teaching Award for his mentoring of students in award-winning engineering projects.

He oversaw teams from NCSU in the IEEE Computer Society’s International Design Competition (CSIDC) in 2003, 2005, and 2006. Three of the senior design teams advised and mentored by Fornaro went on to win international accolades for their efforts, including two first place finishes and and one third place finish in the Competition. This was the first and only time in the history of CSIDC that students from any university in the world placed first in the competition in 2 consecutive years.

Fornaro continues to mentor teams of students as they work on their capstone projects. In 2008, Fornaro was recognized as a member of the NCSU Academy of Outstanding Teachers and was chosen as the recipient of an Alumni Outstanding Teacher Award. He has authored or co-authored over 25 refereed journal or conference papers.

In his early years at NCSU, Fornaro worked on research projects involving real-time operating systems and data communications. Applications of these systems ranged from digital terrain mapping for the US Air Force, to high-performance multiprocessor architectures for real-time control in the NCSU Precision Engineering Center. He received his PhD in computer science and master’s in mathematics from The Pennsylvania State University.

The award comes with a plaque, a certificate, and a $2,000 honorarium. Learn more about the Computer Science and Engineering Undergraduate Teaching Award, including viewing past recipients.