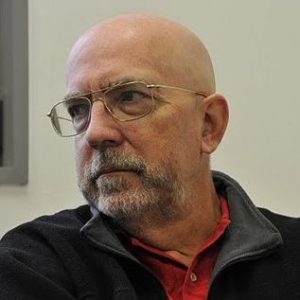 Herlihy, whose research focuses on practical and theoretical aspects of concurrent and distributed computing, was recognized for his “fundamental contributions to the theory and practice of multi-processor computation.” His early work on wait-free synchronization showed that different synchronization operations have different computational power, but that any operation that can solve consensus is universal.

The McDowell Award is given to individuals for outstanding recent theoretical, design, educational, practical, or other innovative contributions in the field of computing. The award may be given for a single contribution of great merit or a series of lesser contributions that have had or are expected to have an important influence on the computer field. It consists of a bronze medal and a $2,000 honorarium.

Working with Jeannette Wing, Herlihy invented the notion of linearizability, a popular correctness condition for concurrent data structures. He developed counting networks, a class of highly-concurrent, low-contention data structures for counting and related tasks, with James Aspnes and Nir Shavit. Also with Shavit, he developed new ways to reason about distributed algorithms, based on combinatorial and algebraic topology, yielding new lower bounds to previously unsolved problems. With Eliot Moss, Herlihy co-invented transactional memory, a multiprocessor synchronization architecture that has been incorporated into recent processors by Intel and IBM.

Herlihy has an AB in Mathematics from Harvard University, and a PhD in Computer Science from Massachusetts Institute of Technology. He served on the faculty of Carnegie Mellon University and on the staff of DEC Cambridge Research Lab and was the recipient of the 2003 Dijkstra Prize in Distributed Computing, the 2004 Goedel Prize in Theoretical Computer Science, and the 2012 Dijkstra Prize in Distributed Computing. He is an ACM Fellow and a member of the National Academy of Engineering.

McDowell, who spent decades working for IBM, directed development of the first commercial electronic calculator. He was later responsible for development of major advances, including IBM’s card-programmed calculator, magnetic drums and tape units, magnetic core and disc storage, the company’s “700” systems, and the Naval Ordinance Research Calculator. Learn more about the McDowell Award.