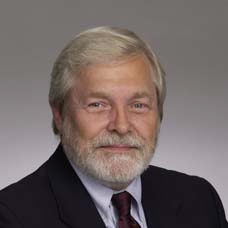 Kiernan was directly responsible for InterDigital’s worldwide industry standards activities and assisted in the development of new market, product, and technology initiatives. In this capacity, he provided strategic technical and marketing support to InterDigital’s sales, marketing, and business development efforts as well as the company’s worldwide patent and licensing programs.

Previously, Kiernan was president of USTC World Trade Corp., an international sales and marketing subsidiary of InterDigital’s predecessor company, International Mobile Machines (IMM). Prior to his sales position, Kiernan was IMM’s vice president of Engineering and Operations. Before joining IMM, he served as a senior staff engineer at GTE Products Corp., where he generated and evaluated military communications systems concepts.

Kiernan’s prior program and technical management experience encompassed TDMA and CDMA voice and data systems, digital and analog switching, and VHF/UHF, and microwave radio. He was also active in communications and non-communications electronic warfare systems development.

Kiernan holds a BSEE from New Jersey Institute of Technology and an MS in management science/operations research from Fairleigh Dickinson University. He has been a speaker at numerous industry conferences, published numerous papers and articles, and holds over a dozen patents.