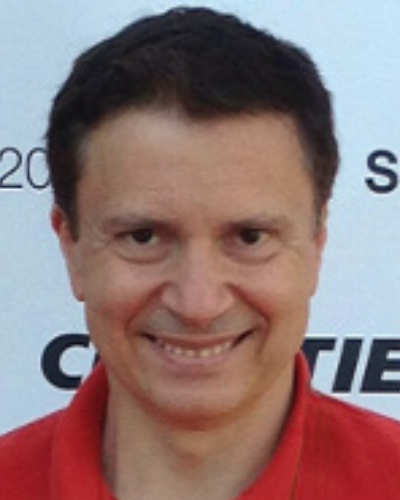 The award is given for significant contributions to early concepts and developments in the electronic computer field, which have clearly advanced the state-of-the-art in computing. Terzopoulos is being recognized “for a leading role in developing computer vision, computer graphics, and medical imaging through pioneering research that has helped unify these fields and has impacted related disciplines within and beyond computer science.”

Terzopoulos is a Chancellor’s Professor of Computer Science at the University of California, Los Angeles (UCLA), where he holds the rank of Distinguished Professor and directs the UCLA Computer Graphics & Vision Laboratory. He is Co-Founder and Chief Scientist of VoxelCloud, Inc., a multinational company that applies artificial intelligence to healthcare.

Terzopoulos is or was a Guggenheim Fellow, Fellow of the Royal Society of London, Fellow of the Royal Society of Canada, a member of the European Academy of Sciences and the New York Academy of Sciences, and a life member of Sigma Xi. His many awards include an Academy Award for Technical Achievement from the Academy of Motion Picture Arts and Sciences for his pioneering work on physics-based computer animation, and IEEE’s inaugural Computer Vision Distinguished Researcher Award for his pioneering and sustained research on deformable models and their applications. “Deformable models”, a term he coined, appears in the IEEE Taxonomy.

He has received a Helmholtz Prize from the IEEE Computer Society, a Marr Prize citation, and over a dozen other best paper awards. The ISI and other indexes have listed him among the most highly-cited authors in engineering and computer science, with more than 400 published research papers and several volumes, primarily in computer graphics, computer vision, medical imaging, computer-aided design, and artificial intelligence/life. He has given more than 500 invited talks around the world about his research, including well over 100 distinguished lectures and keynote/plenary addresses.

The award consists of a silver medal and will be presented at the Computer Society’s annual awards dinner and presentation to be held on 27 May 2020 at the Hilton McLean Tysons Corner during the IEEE Computer Society Board of Governors meeting.

Further information about the award, including a complete list of past recipients, may be found at www.computer.org/web/awards/pioneer.

The IEEE Computer Society is the world’s home for computer science, engineering, and technology. A global leader in providing access to computer science research, analysis, and information, the IEEE Computer Society offers a comprehensive array of unmatched products, services, and opportunities for individuals at all stages of their professional career. Known as the premier organization that empowers the people who drive technology, its unparalleled resources include international conferences, peer-reviewed publications, a unique digital library, standards, and training programs. Visit www.computer.org for more information.