LOS ALAMITOS, Calif., 2 April 2019 – Jitendra Malik, Arthur J. Chick Professor in the Department of Electrical Engineering and Computer Science (EECS) at the University of California at Berkeley, has been named to receive the IEEE Computer Society’s 2019 Computer Pioneer Award.

The award is given for significant contributions to early concepts and developments in the electronic computer field, which have clearly advanced the state-of-the-art in computing.  Malik is being recognized  for his “leading role in developing Computer Vision into a thriving discipline through pioneering research, leadership, and mentorship.” 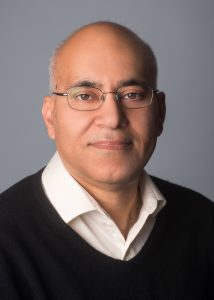 Malik received his PhD in computer science from Stanford University in 1985, after which he joined UC Berkeley as a faculty member. He served as chair of the Computer Science Division during 2002-2006, and the department of EECS during 2004-2006 as well as 2016-2017. Since January 2018, he is also research director and site lead of Facebook AI Research in Menlo Park.

Malik  received the 2013 IEEE PAMI-TC Distinguished Researcher in Computer Vision Award, the 2014 K.S. Fu Prize from the International Association of Pattern Recognition, the 2016 ACM-AAAI Allen Newell Award, and the 2018 IJCAI Award for Research Excellence in AI. He is a Fellow of the IEEE, ACM, and the American Academy of Arts and Sciences, and a member of the National Academy of Sciences, and the National Academy of Engineering.

Malik will receive his award at the awards dinner held on Wednesday evening, 5 June 2019 at the Hyatt Regency Coral Gables, Florida during the IEEE Computer Society Board of Governors meeting. The award consists of a silver medal and an invitation to speak at the award presentation.

Recent recipients of the award include Bjarne Stroustrup, Michael Flynn, Jean Sammet, Lynn Conway, Cleve Moler, Edward Feigenbaum, and Linus Torvalds.  Read more about the Computer Pioneer Award, including a list of all past recipients.