LOS ALAMITOS, Calif., June 5, 2019 – The Association for Computing Machinery (ACM), and IEEE Computer Society jointly announce that Mark D. Hill of the University of Wisconsin-Madison is the recipient of the 2019 Eckert-Mauchly Award. Hill was cited for contributions to the design and evaluation of memory systems and parallel computers. The Eckert-Mauchly Award is known as the computer architecture community’s most prestigious award. 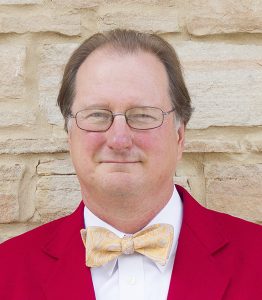 Mark D. Hill is John P. Morgridge Professor, and Gene M. Amdahl Professor of Computer Sciences at the University of Wisconsin-Madison. He has long had a UW-Madison Electrical and Computer Engineering courtesy appointment. He serves as chair of the Computer Community Consortium (CCC)(2018-20) and served as vice chair (2016-18). He is a member of the Computing Research Association Board of Directors (2018-20). He also served as Wisconsin Computer Sciences Department Chair July 2014 to June 2017.

Hill’s research targets computer design and evaluation. He has made contributions to parallel computer system design (e.g., memory consistency models and cache coherence), memory system design (caches and translation buffers), computer simulation (parallel systems and memory systems), software (e.g., page tables and cache-conscious optimizations), deterministic replay and transactional memory. For example, he is the inventor of the widely-used 3C model of cache behavior (compulsory, capacity, and conflict misses) and co-inventor of the memory consistency model “sequential consistency for data-race-free programs” that serves as a foundation for the C++ and Java multi-threaded memory specifications. Hill’s work is highly collaborative with over 160 co-authors and especially his long-time colleague David A. Wood.

Hill was selected as a John P. Morgridge Endowed Chair of UW-Madison Computer Sciences in 2015. He was named an ACM Fellow in 2004 for contributions to memory consistency models and memory system design, elevated to a Fellow of the IEEE in 2000 for contributions to cache memory design and analysis, and was awarded the ACM SIGARCH Alan Berenbaum Distinguished Service Award in 2009.

He was won four important University of Wisconsin-Madison awards: WARF Named Professorship in 2013 (2nd winner from CS), Kellett in 2010 (3rd winner from CS), Vilas Associate in 2006, and Romnes Fellow in 1997. He co-wrote A Primer on Memory Consistency and Cache Coherence in 2011 (downloaded 7000 times), co-edited Readings in Computer Architecture in 2000, is co-inventor of 40 United States patents (several of which have been co-issued in the European Union & Japan), was an ACM SIGARCH Director (1993-2007), won an NSF Presidential Young Investigator award in 1989, and member of informal ISCA and MICRO Halls of Fame. He is co-author of eight papers selected by IEEE Micro Top Picks, co-won the best paper award in VLDB 2001, and has an H-index of 77 with over 26,000 citations. He has held visiting positions at Google (2018), Advanced Micro Devices (2011), University of Washington (2011), Columbia University (2010), Universidad Politecnica de Catalunya (2002-03) and Sun Microsystems (1995-96).

Hill will be formally recognized with the award at the 46th International Symposium on Computer Architecture (ISCA) to be held June 22-26, 2019 in Phoenix, Arizona.

ACM and IEEE Computer Society co-sponsor the Eckert-Mauchly Award, which was initiated in 1979.  It recognizes contributions to computer and digital systems architecture and comes with a $5,000 prize.  The award was named for John Presper Eckert and John William Mauchly, who collaborated on the design and construction of the Electronic Numerical Integrator and Computer (ENIAC), the pioneering large-scale electronic computing machine, which was completed in 1947.

The IEEE Computer Society is the world’s home for computer science, engineering, and technology. A global leader in providing access to computer science research, analysis, and information, the IEEE Computer Society offers a comprehensive array of unmatched products, services, and opportunities for individuals at all stages of their professional careers. Known as the premier organization that empowers the people who drive technology, its unparalleled resources include membership, international conferences, peer-reviewed publications, a unique digital library, standards, and training programs. Visit www.computer.org for more information.