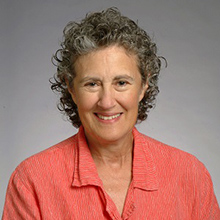 The award is given for significant contributions to early concepts and developments in the electronic computer field, which have clearly advanced the state-of-the-art in computing. Liskov is being recognized “for pioneering data abstraction, polymorphism, and support for fault tolerance and distributed computing in the programming languages CLU and Argus.”

In 2003, Liskov was named one of the 50 most important women in science by Discover Magazine.  She was inducted into the National Inventors Hall of Fame in 2012.

She received the 2008 ACM Turing Award, the ACM SIGPLAN Programming Language Achievement Award in 2008, the IEEE John von Neumann medal in 2004, and a lifetime achievement award from the Society of Women Engineers in 1996.

Liskov received a B.A. degree from University of California, Berkeley, and earned her M.S. degree and Ph.D. from Stanford University, becoming one of the first women granted a doctorate in computer science in the United States.

The award will be presented at the 2019 Computer Software and Applications Conference (COMPSAC) held in conjunction with SEMICON West in San Francisco, 9–11 July 2019.