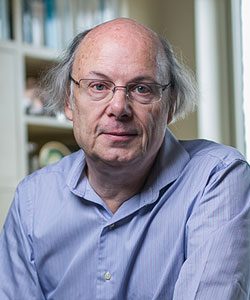 This award is given for significant contributions to early concepts and developments in the electronic computer field, which have clearly advanced the state-of-the-art in computing. Stroustrup is being recognized “for bringing object-oriented programming and generic programming to the mainstream with his design and implementation of the C++ programming language.”

Stroustrup is the designer and original implementer of C++, the author of The C++ Programming Language (Fourth Edition) and A Tour of C++, Programming: Principles and Practice using C++ (Second Edition), and many popular and academic publications.

Stroustrup accomplished much of his most important work in Bell Labs. His research interests include distributed systems, design, programming techniques, software development tools, and programming languages. To make C++ a stable and up-to-date base for real-world software development, he has been a leading figure with the ISO C++ standards effort for more than 25 years.

An IEEE, ACM, and CHM fellow, Stroustrup is a member of the US National Academy of Engineering. He is the recipient of the 2018 NAE Charles Stark Draper Prize for Engineering and the 2017 IET Faraday Medal.

He holds a master’s in Mathematics from Aarhus University and a PhD in Computer Science from Cambridge University, where he is an honorary fellow of Churchill College.

The award will be presented at the 2018 Computer Software and Applications Conference (COMPSAC) sponsored by the IEEE Computer Society. The conference will be held from 23–27 July 2018 in Tokyo, Japan.

Learn more about the Pioneer Award, including a list of all past recipients.