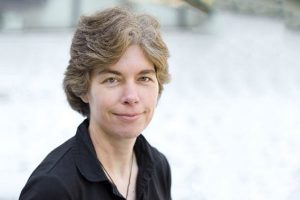 A Fellow of the Royal Society of Canada and a Fellow of the ACM, Murphy was recognized “for outstanding research on understanding software-development practices and tools that improve the productivity of developers.”

Murphy’s research interests are in improving the productivity of software developers and knowledge workers by giving them tools to identify, manage and coordinate the information that really matters for their work. The part of being a faculty member she enjoys the most is “working with fabulous students.”

She has also been the recipient of a University of Washington (UW) Computer Science & Engineering Alumni Achievement Award, UW College of Engineering Diamond Alumni Award, a NSERC Steacie Memorial fellowship, the CRA-W Anita Borg Early Career Award, a Killam Research Fellowship from UBC, and the Dahl-Nygaard Junior Prize from AITO. She is also a co-founder and member of the board of Tasktop Technologies Inc.

The Harlan D. Mills Award recognizes researchers and practitioners who have demonstrated long-standing and impactful contributions to software engineering practice and research through the development and application of sound theory. View further information about the Mills award, including a list of past participants.

The award consists of a $3,000 honorarium and a museum-quality memento, and the invitation to give a talk during the 33rd IEEE/ACM International Conference on Automated Software Engineering (ASE 2018) on 7 September 2018 in Montpellier, France.