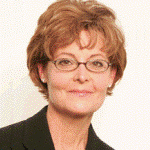 Land was recognized “For exemplifying true volunteer spirit and commitment to excellence, for significant and continuing contributions that support the vision and mission of the IEEE and the Computer Society.”

A longtime volunteer, Land also served on the IEEE CS Board of Governors and in a variety of Computer Society volunteer positions including vice president for standards activities and vice president for conferences and tutorials. Ms. Land served two terms on the Institute of Electrical and Electronics Engineers (IEEE) Board of Directors representing Computer Society members as Division VIII Director (2011–2012) and Division V Director (2014–2015).  She also served two terms as a member of the IEEE-USA Board of Directors (2013, 2016).

Currently a Program Manager for the Department of Defense in Huntsville, AL, Land has more than 20 years of industry experience in the application of software engineering methodologies, the management of information systems, and leadership of software development teams.

Land is the author or co-author of a number of texts, papers, podcasts, and webinars, all supporting sound software engineering principals and practical application of software process methodologies.  An active leader in software and systems engineering standards activities, she was the recipient of the 2007 IEEE Standards Association Standards Medallion given for major contributions to the development of standards.

The Merwin Award is given to individuals for outstanding volunteer service to the profession at large, including significant service to the Computer Society.  The Merwin Award is the Society’s highest level volunteer service award, and consists of a bronze medal and a $5,000 honorarium. Further information about the award, including past participants, may be found at https://www.computer.org/volunteering/awards/merwin.

The award will be presented at the IEEE Computer Society’s annual awards ceremony, to be held on 14 June 2017 in Phoenix, Arizona.