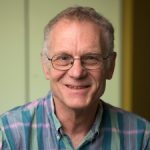 LOS ALAMITOS, Calif., 18 May 2016 – Dexter Kozen, the Joseph Newton Pew, Jr. Professor in Engineering at Cornell University, has been selected to receive the prestigious 2016 W. Wallace McDowell Award “for groundbreaking contributions to topics ranging from computational complexity, to the analysis of algebraic computations, to logics of programs and verification.”

Kozen’s research interests span a variety of topics on the boundary of computer science and mathematics: design and analysis of algorithms, computational complexity theory, complexity of decision problems in logic and algebra, and logics and semantics of programming languages. He is the author of over 150 research articles and four books.

He is a recipient of the John G. Kemeny Prize in Computing, an IBM Outstanding Innovation Award, and the 2016 EATCS Award.

The award consists of a bronze medal and a $2,000 honorarium. The Computer Society will present the award at a ceremony to be held on Wednesday, 8 June 2016 in Atlanta, GA, USA.

View more information about the McDowell Award, including a complete list of past recipients.