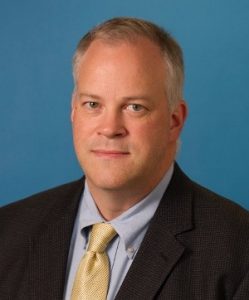 He has received outstanding teaching awards from Washington State University and the University of Notre Dame, and Meritorious Service, Golden Core, and Certificate of Appreciation awards from the IEEE Computer Society.

The IEEE Computer Society Technical Achievement Award is given for outstanding and innovative contributions to the fields of computer and information science and engineering or computer technology, usually within the past 10, and not more than 15, years. Contributions must have significantly promoted technical progress in the field.

The other 2016 award winners are Prof. Jason Cong, Dr. Sushil Jajodia, Dr. Yong Rui, and Prof. Pierangela Samarati. Further information about the award, including a list of past recipients, may be found at: https://computer.org/volunteering/awards/technical-achievement.

The award consists of a certificate and a $2,000 honorarium. The Computer Society plans to present this award at the annual awards ceremony on 8 June 2016 in Atlanta, Georgia, USA.